Lizardmen are half-human, half-beast beings that resemble reptiles. There are many explanations for the reason that they appeared, including the hypothesis that dinosaurs evolved and survived instead of going extinct and started to develop intelligence and that the fear of human beings towards reptiles, including snakes, lizards, and alligators was reflected on them. Lizardmen have a certain level of intelligence, which is slightly lower than that of human beings. They have sharp claws, teeth, and a long tail and are covered with hard scales. They mostly reside in swamps.

Movie 〈Spider-Man: No Way Home〉 (2021): Lizard, the villain of the movie 〈The Amazing Spider-Man〉 (2012) also appeared in the movie 〈Spider-Man: No Way Home〉. Curtis Connors that studies gene recombination between human beings and other species develops a body of lizard through injecting the serum that he has created into his body. His entire body is covered with green scales and has sharp claws and a giant tail.

Game 〈Dungeons & Dragons(D&D)〉 series: Kobold and Lizardfolks are the tribes related to lizards. Since there are male and female Lizardfolks, they are called ‘folks’, instead of ‘men’. They are depicted as the ones that love eating human beings.

Players may discover a group of Lizardmen that deserted the swamp that they used to live after a turf war and settled down in Windawood East Desert. 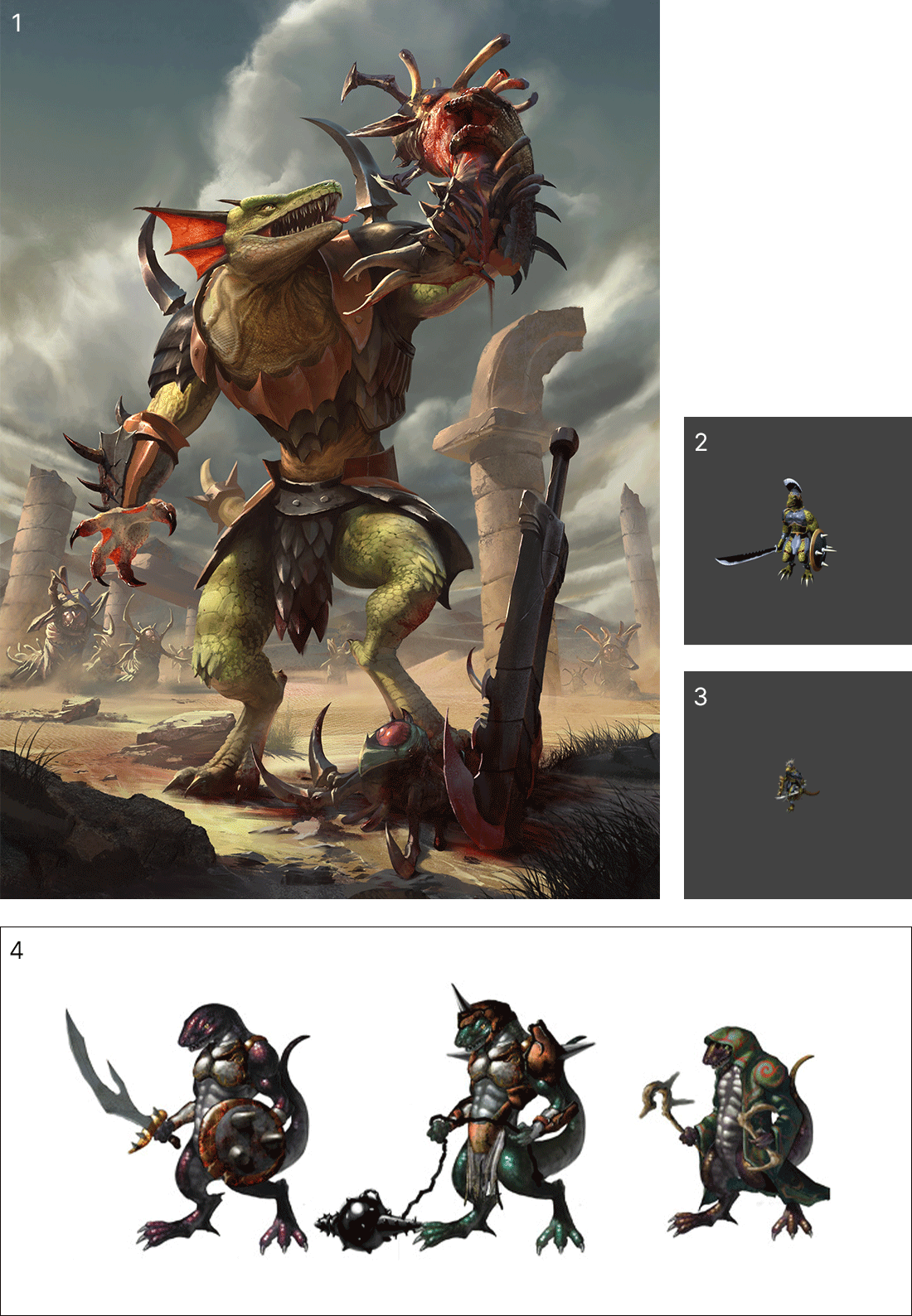