Cockatrice is an animal appearing in western myths and legends. Once an egg given birth by a cock is hatched by a snake or a toad, a cockatrice is born. It has a rooster’s head, two feet, and a reptile’s tail. Once a creature makes an eye contact with a cockatrice or touches it, the creature turns into a stone. Such a feature is quite similar to that of Basilisk and Medusa.

Game 〈The Witcher 3: Wild Hunt〉: A monster that is considered as a large-sized reptile and Draconid. Except for its head, it looks very similar to Basilisk. It was the one that left a scar on the left eye of Geralt, the protagonist.

〈Digimon〉 Series: Cockatrimon appearing in 〈Digimon〉 Series, which is known as a game and animation, is Cockatrice. It has a skill to turn the enemies into stones through casting out the beam out of its eyes.

In Lineage series, Cockatrice has a rooster’s head and a body reminding players of Tyrannosaurus, which is one of the most well-known carnivorous dinosaur. They freely travel around the Dragon’s Valley, etc. and are known as the ones that are quirky and curious. 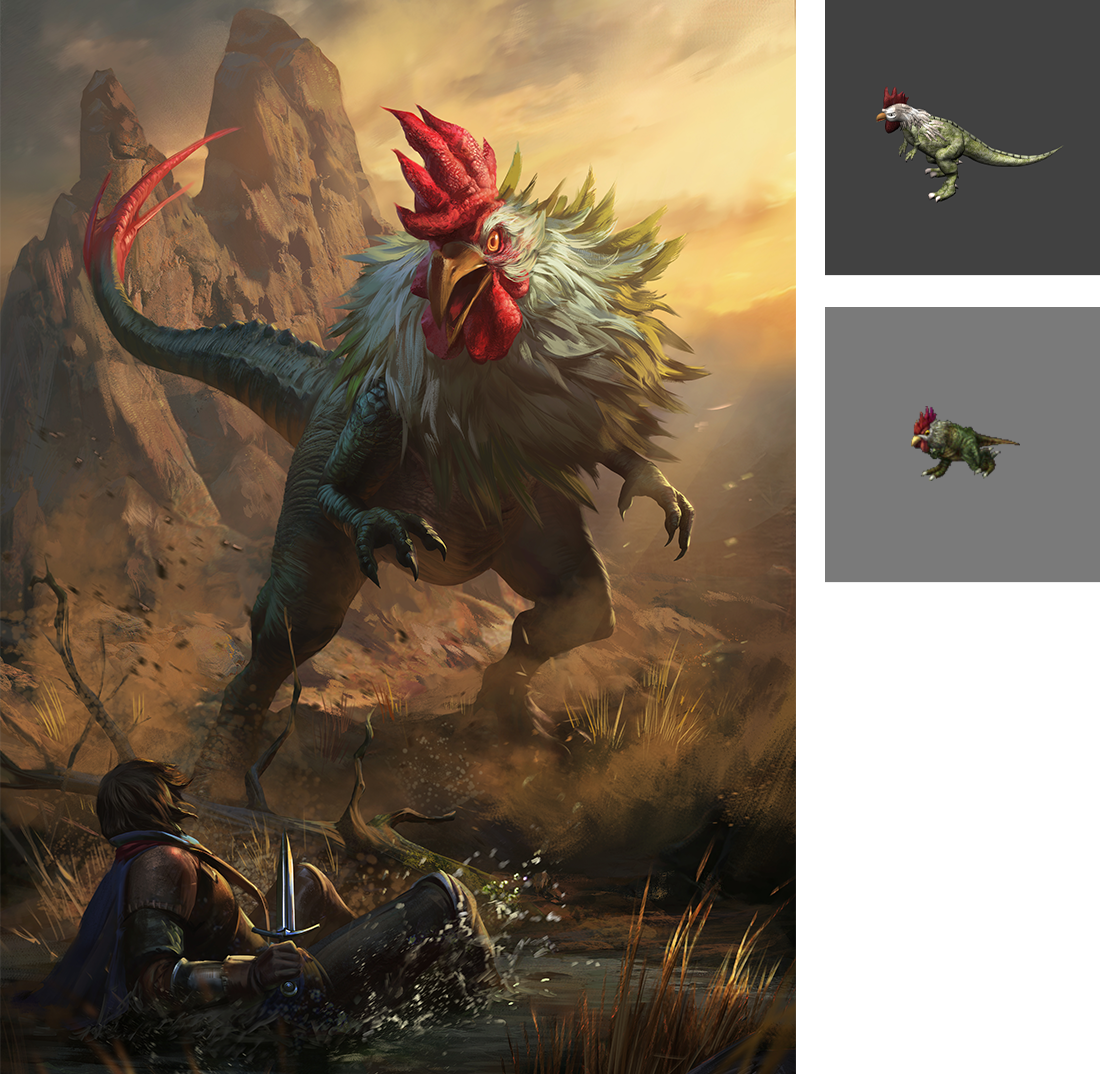