A guard dog with three heads, defending the gate to the underworld ruled by Hades, the God of Death in Greek myths. Sometimes, they appear with a snake tale attached. They are one of the most well-known monsters appearing in various subcultures, including movies, animations, and games.

TV animation 〈The Haunted House〉: Hyun-woo’s companion dog, Leo’s true self appearing from the sixth episode of 〈The Haunted House: The Secret of the Ghost Ball〉 is Cerberus. Leo is a puppy came from hell to protect people from evil spirits, and its special move is called ‘Powerful Hell Fire’.

In Fire Dragon’s Nest appearing in 〈Lineage Remaster〉 and 〈Lineage M〉, players may meet Soul Cerberus whose whole body is burning unlike other ordinary Cerberus. 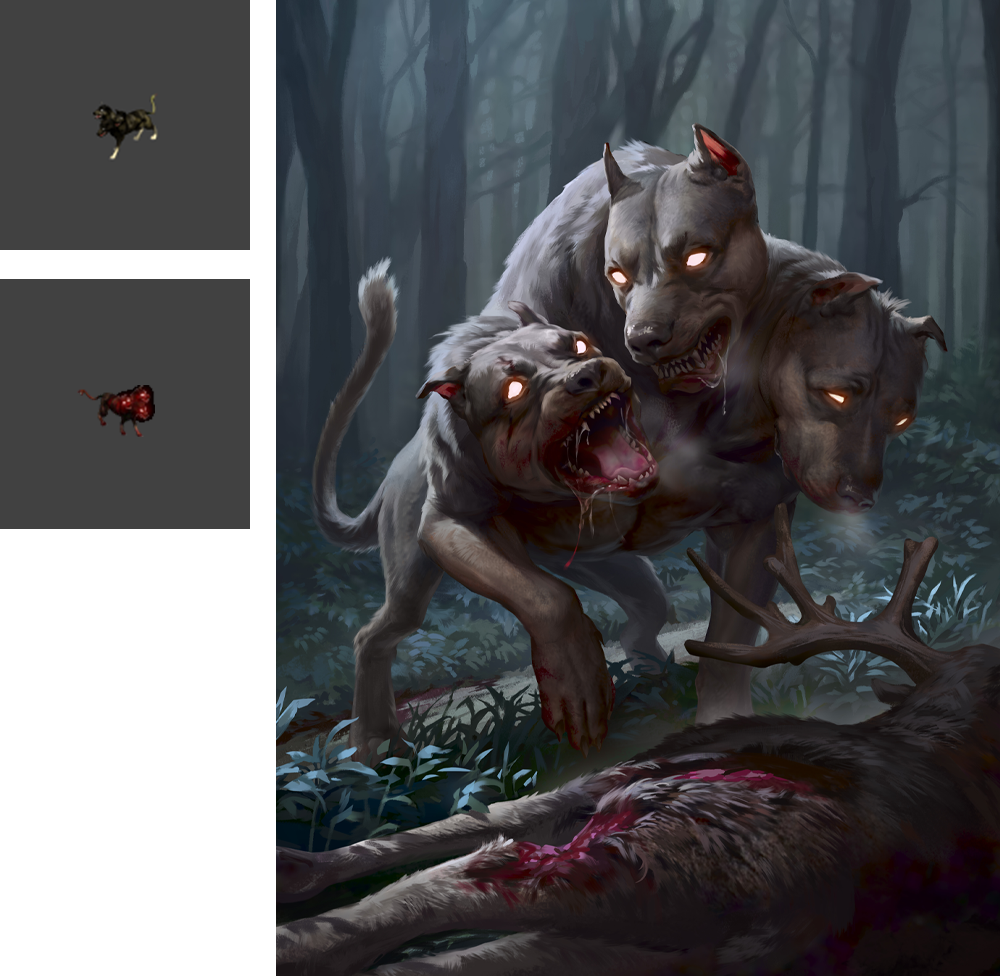