Lineage W is complete with sound.

Lineage W inherited the originality of Lineage and secured new elements by adding the concept of 'dark fantasy'. In the process, NC thought about a number of things, especially for a sound that enriches game-experience and finished preparation to meet global players. Ahead of the global opening of Lineage W, NC will release in advance what they focused on and developed to preserve the identity of Lineage IP in ‘Sound’ of Lineage W. 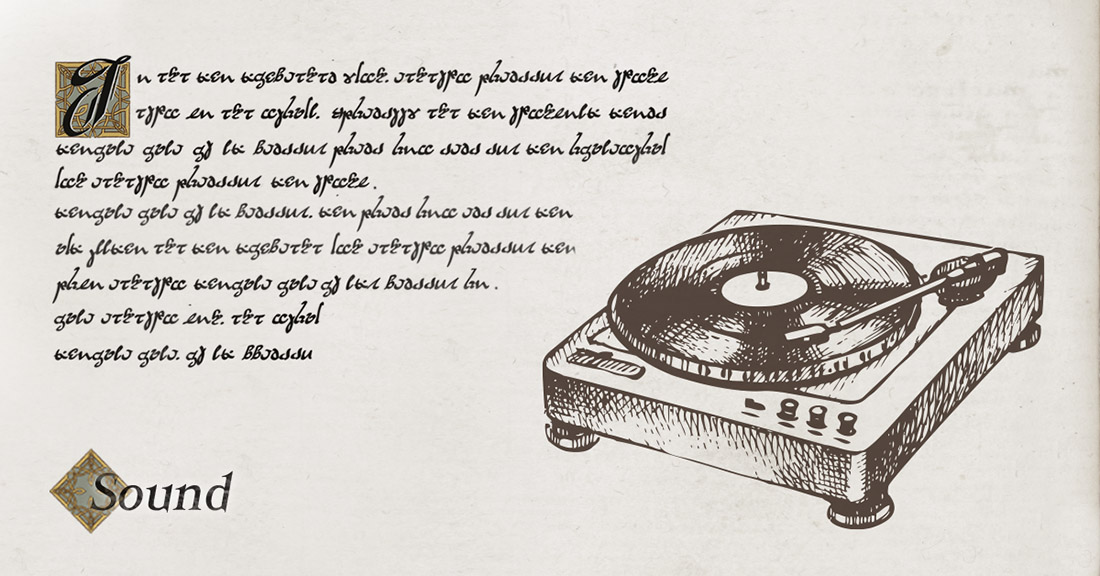 ‘Sound’, the last gateway to embody the ‘real world’

Gone are the days when players simply moved through the limited options presented in the game. An era has come that the 'interaction' between the player and the game is important. Just as Netflix's interactive movies once became a hot issue, players felt bored when they had a static experience.
A game should not only react to what players manipulate, but it should also be able to drive a reaction from players at times. NC has been thinking about how to make Lineage W players interact with the game in terms of sound as well as visuals. For example, there is a setting that the game gives a little hint to the next quest or a hidden quest in the way the players passes, or it not only visually shows changes in the game's situation, but also helps the players with sound if necessary which can enable them recognize their current state and react to it.

Virtually ‘made’ sounds have no choice but to have limitations. In addition to Lineage W's visuals, NC utilized various resources recorded by Poly Studio to further enhance the 'dark fantasy realism' of the sound. In particular, a single short sound effect in the sound of Lineage W is valuable that everything counts because it was developed with consideration for even the smallest details that players may have overlooked. 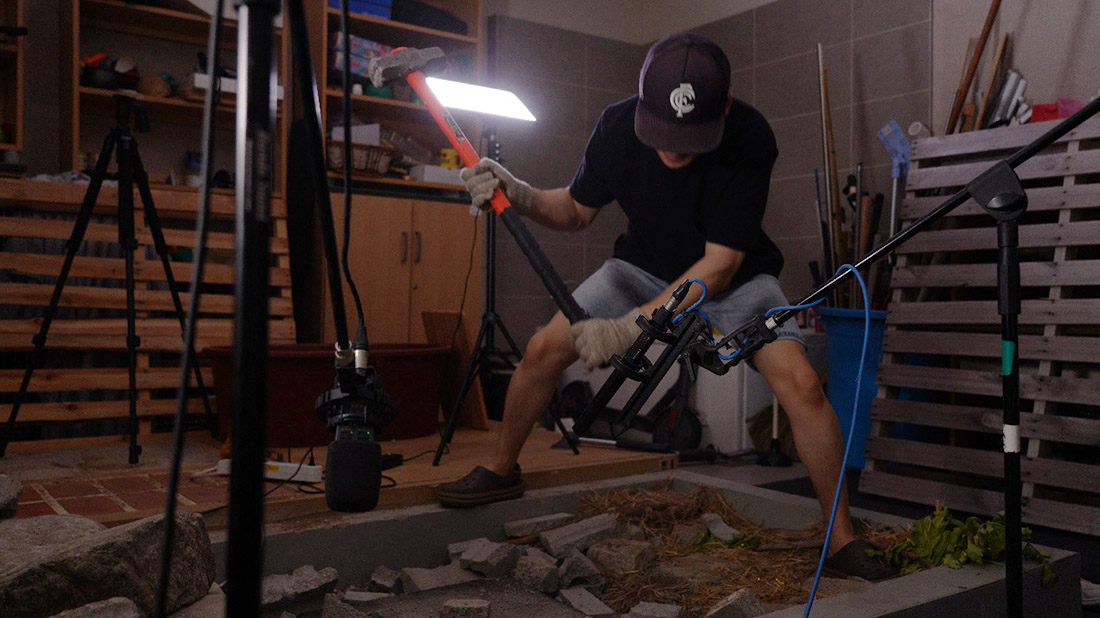 Players who have experienced the original Lineage will remember the unique hitting and crying sounds of monsters such as Bugbear, Skeleton, and Shelob. The ‘sound of hitting’ is important when fighting monsters, but each ‘voice’ produced by the character and the monster makes the battle more realistic. NC added such sounds that harmonized imagination and reality along with graphics to Lineage W to enhance a more realistic and vivid battle situation.

In addition, Lineage W emphasizes the explanation of the story line through various in-game cinematics, so the sound mixing studio with the best technology and equipment is producing such contents. 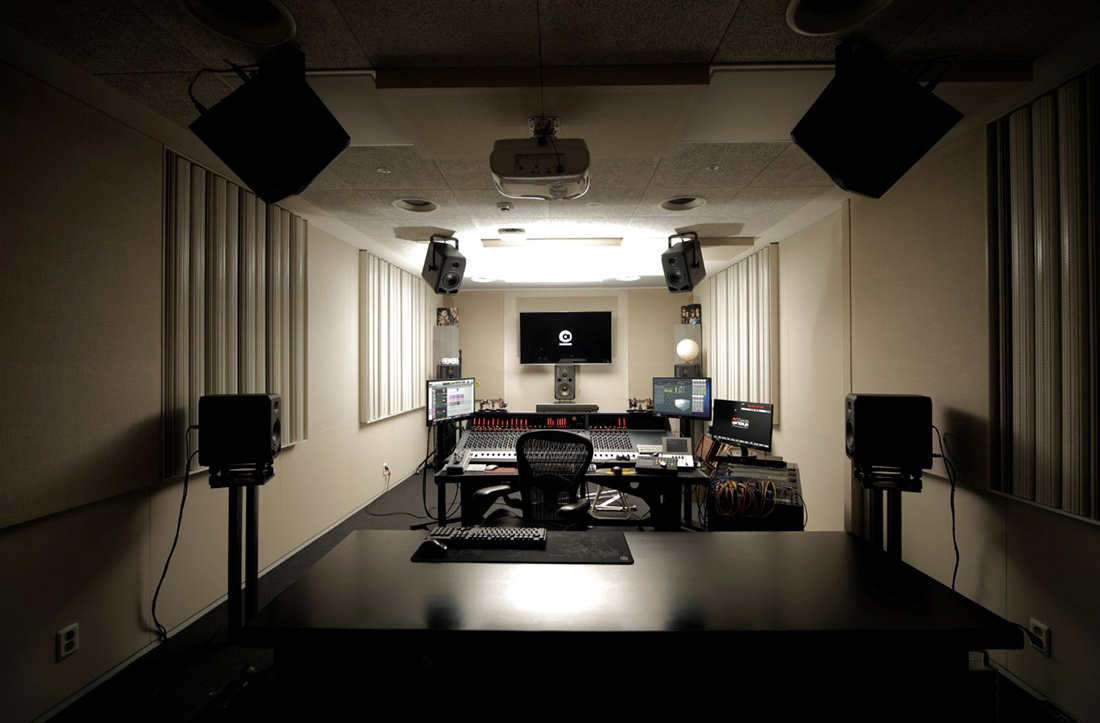 After all, the ‘essence’ is Lineage.

Lineage W did not abandon the essence of Lineage. It was designed to appeal to global players who are likely to encounter Lineage for the first time, while attracting the eyes and ears of players who remember the original Lineage. For sound production, Lineage W has inherited the songs from the original Lineage and remade it anew. Among them, the classical guitar music, 'Eternally', which was released in advance through media platforms such as YouTube, is drawing a lot of attention as more than 7 million people listened to the song as of the end of October 2021.

Coexistence of succession and creation

After all, NC needs a 'newness' that goes beyond the originality of the original Lineage, so they has recorded a lot of new tracks to make use of Lineage W's unique features based on 'dark fantasy.' The main theme, the eternity, and the theme for each village players visit frequently, which are familiar to existing players, were remade by inheriting Lineage's 'originality'. Newly interpreted contents and regions such as class theme, Swidden Village, and Mage's Laboratory were created according to the atmosphere of Lineage W.

In addition, in order to highlight the fantasy elements of Lineage W beyond the classical style of traditional MMORPGs, NC illustrated the dreamlike-fresh New Age characteristics and the ethnic feeling. Lineage W's OST will deliver a 'Sophisticated novelty' while inheriting the memories and nostalgia of the originality through colorful music.

Game music is often popular only among game enthusiasts. It is noteworthy that the classical guitar remake version of the Lineage original OST 'Forever', which has been gaining popularity since its pre-release, surpasses such trend. In addition, a playing version of the song's arranger, 'Guus Dielissen,' and a version arranged in a different way by recruiting guitarists from JTBC show will be released on November 1. The main theme and OST along with the video produced in the form of a music video will be released on November 4, the day of Lineage W's opening. Though the specific schedule has not been revealed yet, NC plans to collaborate with famous domestic and foreign musicians in line with the opening and update schedules of the game.

Enhance the immersion of the game through meticulous sound.

Some of the players who enjoy the game play with the sound turned off or at a minimum for various reasons. However, sound is also the main content in game play. Therefore, NC is working hard on that many players can enjoy more through sound in any situation.

In Lineage W, one can have a variety of fun through themes for each class. Players who only play one class may not know it. But if they play multiple classes, they can realize how meticulously the sound was composed for each class.

In addition, ‘theme’ was applied to the content related to the user interface. The unique sound that flows differently according to the function and concept of each button provides an 'experience' that allows players to blend into the game world more naturally.

As soon as the player enters the PVP mode, the sound changes to the PVP BGM, indicating that the player has entered the PVP situation. In addition, various variations were introduced that the tempo of the sound gradually increases according to the number of PVP kills. Thus, such feature was reborn as an element that makes the game immersive while playing the game.

Even if the game provides colorful sounds, great theme songs, and background music, players will eventually get tired after playing for a long time. In addition, the specifications and features of the devices used by the players are different, so this must be taken into account. In this respect, in order to prevent the player from becoming fatigued and uncomfortable, a functional approach and various devices are provided so that the player can choose and experience the optimal play. Now, players can enjoy optimized sound by not only 'customizing' the graphics, but also setting the tone and dynamic range of the sound to suit their taste, inclination, and personality. 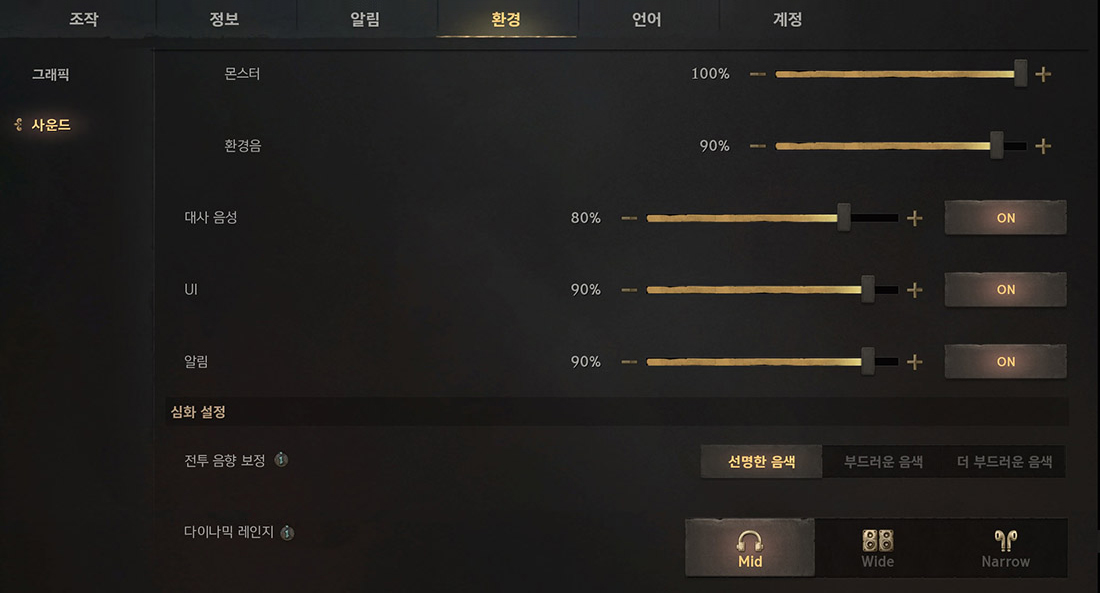 Every sound has a meaning

Game players often play with the sound turned off or with minimal options turned on. However, there are many things in Lineage W that one cannot understand without listening to the sound. 'Unobvious sounds' and numerous sincere sounds with meaning even in one button work as important factors to increase player's immersion and satisfaction. If players exclude the fun of sound while playing Lineage W, they cannot enjoy the game properly. The moment players turn up the volume and listen is when they will find a whole new kind of fun.