Lineage W connects people around the world with technology

Lineage W is a multi-platform MMORPG game that spans PC, mobile, and consoles. Lineage W, which implements large-scale global battles while supporting multi-platforms in many countries, has focused on globalization while progressively inheriting the original worldview and system so that players from all over the world can enjoy it.

In August, CCO Kim Taek-jin showed confidence at Lineage W's first showcase 'The World', saying, "Lineage is often called a microcosm of society, but Lineage W will be a microcosm of the world's society." As it is a multi-access RPG targeting the global market, NC invested a lot and put much effort into implementation of network technology. They reveal how they developed a network where global players connect simultaneously. 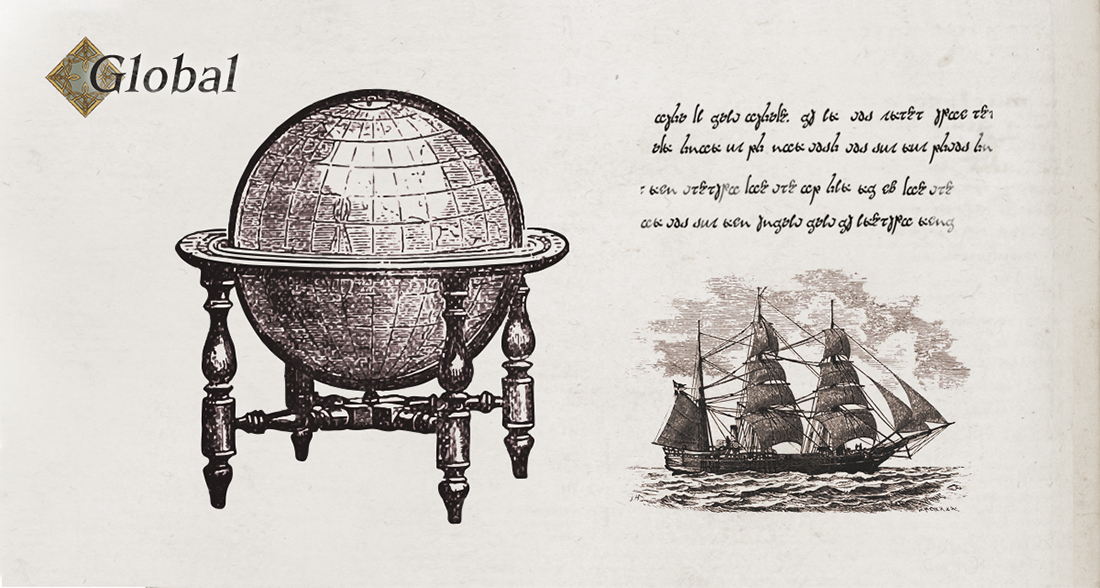 Lineage W is a 'global one-build' service game. This means that no matter which world or server one chooses, anyone can enjoy the game in the same environment regardless of country or region. From the beginning of the game, you can battle with players from different country, form a clan, or conduct a siege war. This does not mean that the server structure is different, and there is no separate server for each country. For Lineage W, the implementation of a pleasant network is important for the optimized play. Thus, NC has applied all its technological power to lower ping (Latency) and minimize delays such as lag (Network delay). 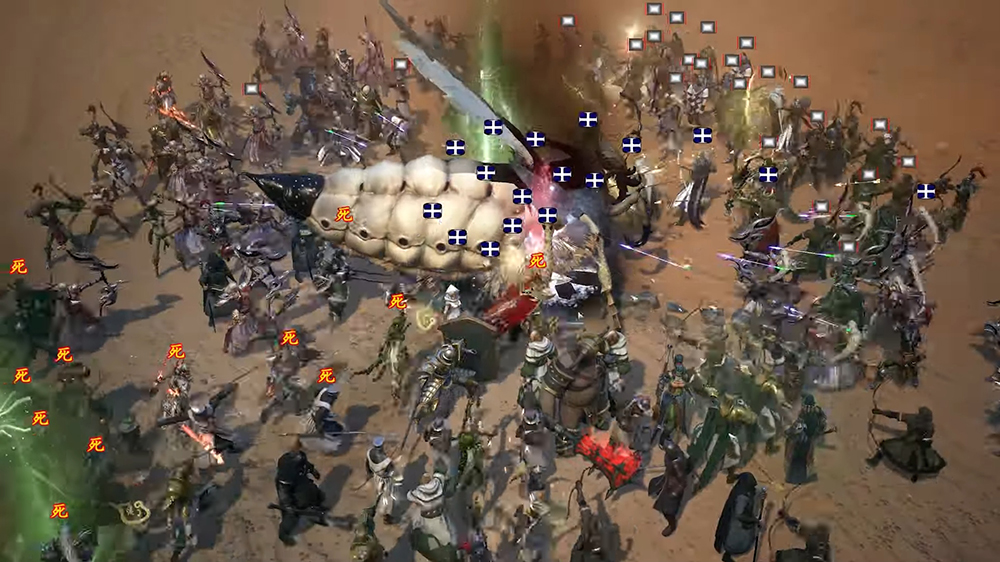 The best way to solve the network delay issue between regions is to minimize the ‘length between the networks'. This issue is usually resolved by creating a common server in the middle. When connecting from South Korea, it is easy to think that the server is located in South Korea, but in reality, players are connecting through Singapore or Hong Kong. However, in order to connect via land, the network length inevitably become longer, so NC collaborated with several global IT companies to use submarine cables. In addition to connecting between the servers, an acceleration network between the clients was also applied. This work which requires considerable cost and technology is a strategy that only NC can execute. 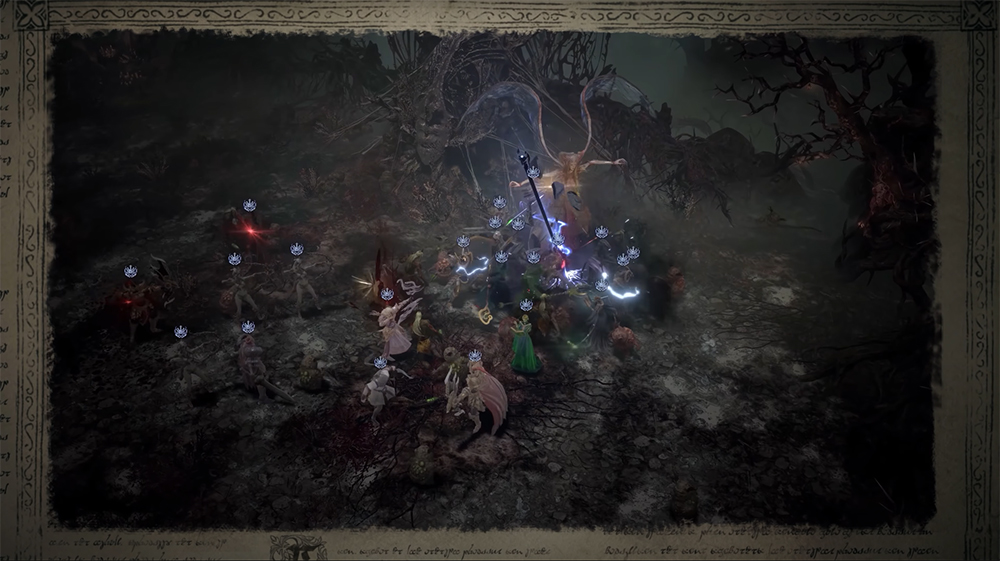 One of the key elements of Lineage W is the teleport that quickly joins and leaves the battlefield. If players take time to load the map at client, it can affect gameplay.

Lineage W, which was developed based on Unreal 4, had a problem of waiting for loading when moving between regions. To solve this problem, NC developed its own terrain processing part by improving Unreal 4 with the goal of moving to any map within 0.5 seconds without loading.

Measures to overcome differences in network infrastructure by country

In order to implement a game that battles can simultaneously occur in all countries, it is necessary to solve the issue that the network infrastructure is different for each country. NC was able to overcome this through the support of the Infrastructure & Operations Center. The I&O Center is a department responsible for stable operation such as making the game service environment pleasant and efficient and reducing costs. Lineage W has built a global network by collaborating with this department from the beginning. The I&O Center built the infrastructure by contacting and testing various companies specialized in servers and distribution. Some companies have invested heavily in building servers dedicated to the Lineage W service.

The Lineage W network is not just built by theory. NC even conducted tests by country for stable service. Regions such as Phuket that can be visited in person have been reviewed and localized, but for regions like Arab countries that cannot be directly visited due to COVID-19 have been completed remotely.

Lineage W has a different packet configuration for comfortable play. Signals in games are generally sent and received small pieces of data called packet. NC introduced a technology that analyzes users' play patterns with ▲ movement distance, ▲ battle frequency, ▲ control frequency, ▲ automatic play and applies different packet configurations according to the patterns. By providing a server optimized for the players’ playing situation, players around the world can play without disconnection.

In addition, NC applied a new server technology to Lineage W to build a stable network. Over the past 20 years, many MMORPGs have used the IOCP (Input Output Completion Port) model. But Lineage W introduced the higher model RIO (Registered I/O) model instead of the existing model. With the new model, network processing performance has improved and a stable CPU has been secured. The RIO model has a higher communication frequency of packet than the IOCP model, enhancing stable and high-performance communication. When the network development team used the RIO model, a result of analyzing the data confirmed that the performance was improved by about 10% statistically. It is known that there are hardly any related materials in Korean or domestic introduction cases for the RIO model. As such, NC is fully prepared by using new technologies to provide a high-quality network of Lineage W.

Breaking through platform restrictions to streaming and console services

Lineage W was developed in a way that it can be played regardless of device specifications or model. The web browser-based streaming service PURPLE, previously provided by NC, can be used as it is. In terms of multi-platform MMORPGs, the use of console games drew attention, but in terms of 'global one-build', the technical implementation of networks and server infrastructure is not, in fact, much different. However, since the console is a game operated with a joystick, development for that part was carried out separately.

To fully enjoy Lineage W, stable technology without network failures is essential. An environment where players from multiple countries can simultaneously gather and fight and network technology that can be called the blood vessel of the game have already been established. NC hopes that players fully enjoy Lineage W by playing with various people in the expanded Lineage World on November 4th.