Throughout the Women’s History Month of March, NC blog has been introducing female employees of NC that are striving to respect diversity when developing games and fostering an in-house culture. In the final story, we introduce Ran(Huen Pham Nya), Lead 3D Character Artist at NC Vietnam Visual Studio. This is the essay of Ran who talks about her experiences of creating a culture where each artist’s individuality is respected as a team leader. 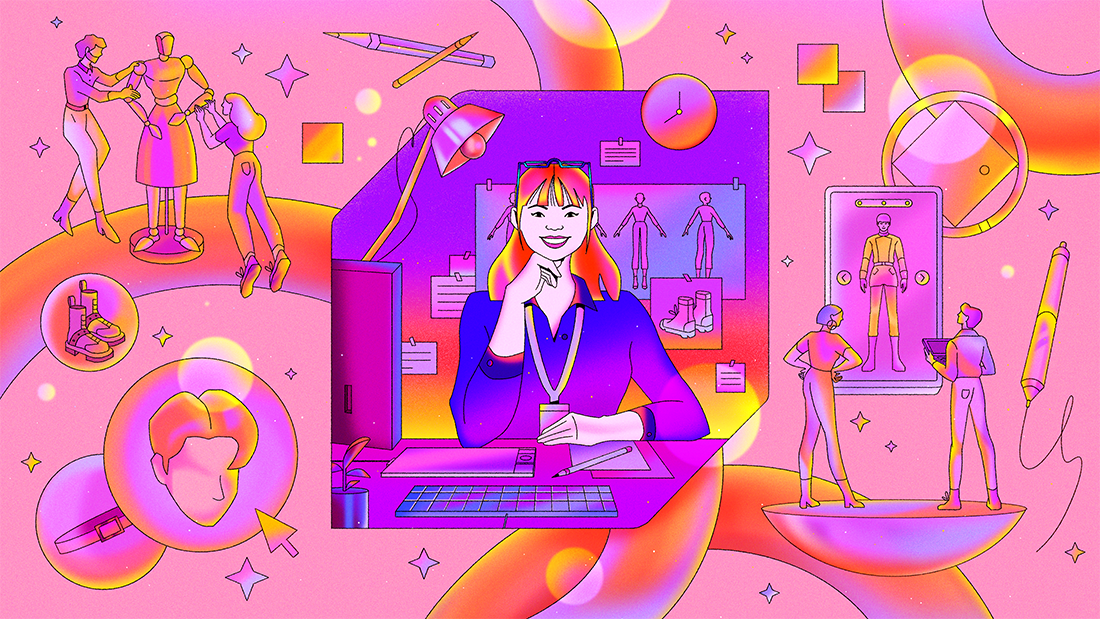 There are numerous different players around the world who desire to meet the character that suits them best. This is because the closer a character meets the player’s taste, the deeper the player can immerse into the virtual world. In order to satisfy different styles and tastes of players, we need to consider various aspects when designing and creating characters. In particular, the visual of characters need to be diverse as this is the part where players experience foremost.

3D artists are people who bring the variety of character visuals into life by shaping and expressing them in a vivid and realistic way. After a concept artist maps out the overall concept of a character, a 3D artist will then use techniques to shape and sculpt the character from concept into 3D models. In this process, I think endlessly about ways to express the character in a more varied way. I search for as many data and materials possible that can be an inspiration in the modeling process, and then analyze the data in detail. The more detailed and diverse the character expressions can be, the more realistic the character would be expressed to satisfy players.

The first project that I carried out at NC was the virtual character 3D modeling of ‘Universe’. Universe is a metaverse platform where fans can decorate their favorite idol’s 3D character with different outfits to suit their tastes and play the character in different forms to the music that they want. Analyzing the characters in detail was especially important as the character need to be in the form of an existing subject. The virtual characters at Universe mainly use the Stylized Art style. For example, I analyzed the different aspects and angles of character movements starting from the material to theme, concept, band outfit, accessories, and movement of the outfits. Based on detailed analysis, I could model the character more realistically so that it can touch more players while providing a variety of choices for different players. I will continue my endeavors to contribute to creating lively character visuals that can bring joy to various players while ensuring that the visuals are well-balanced with the overall concept of the subject.

A Culture Where Individuality is Respected Leads to a Harmonious Team

For artists to be able to display creativity with diverse perspectives, a culture must be in place where every individual’s thought and idea are respected. As a lead artist, I strive to create a culture where artists can freely share their perspectives with each other.

When communicating with team members on work-related topics, I consider each team member’s work style, personality, and strengths carefully beforehand. For example, if a team member enjoys discussing and debating with others in the process of developing an idea, I would take time to discuss more frequently to shape the direction of a project. On the other hand, if someone feels more comfortable developing a project based on his or her own pace first, I would respect this and coordinate opinions based on a smoother approach. When our team receives a new project mission, I discuss and decide who will be best for each role based on the strengths and capacities of each individual. In the long run, I provide guidance to the team so that each team member can further enhance their capabilities and carry out more complex and difficult projects on their own as time goes by. When everyone’s individuality is respected equally, this can enhance each team member’s passion and enthusiasm for the project, which finally results in the growth of the team as a whole.

Keeping a close personal relationship with the team is also very important. If we care for each other sincerely and can talk with each other on any topic person-to-person, we can discuss and collaborate better in work as well. To create an environment where the team talk about anything from personal goals, dreams, hobbies to concerns, I strive to lead by example through doing this myself with the team. With this, no one needs to be hesitant to reach out if an issue occurs or when a team work is required to solve a difficult problem together.

My goal is to continue to play my role so that the games and services of NC can provide joy to more people around the world. As a 3D artist and as a team leader, I will continue my efforts to create character visuals and culture that respects diversity.