Zombies are dead bodies that stay alive and move freely. While skeletons only have bones as their flesh is completely decomposed, Zombies are depicted as the ones whose body is being decomposed and skin is ripped off. Mostly, the people that died after contracting a virus become a Zombie, and they eat off living people and animals as they do not have any consciousness. Recently, Zombies in various different versions are appearing in multiple types of popular culture.

Drama 〈All of Us Are Dead〉 (2022): In 2016, the movie 〈Train to Busan〉 attracted more than 10 million viewers, raising popularity of “K-zombies”. A Netflix series 〈Kingdom〉 (2019) got rave reviews worldwide, telling stories about zombies during Chosun dynasty. The webtoon 〈All of Us Are Dead〉 was serially published between 2009 and 2011 and was made into a drama before it was released through Netflix in January 2022. The “K-zombie” fad is continuing, as the drama is ranked the 1st in 54 countries where Netflix is being serviced (as of February 2, 2022).

Game 〈Biohazard〉 series: 〈Biohazard〉 is a horror game produced by Capcom. It is considered as a prototype of zombie games together with 〈The House of the Dead〉, a zombie shooting game of Sega. Thanks to its popularity, 〈Biohazard〉 was produced into various content, and 〈Resident Evil〉, a movie featuring Milla Jovovich, is the most popular among them.

Comic book 〈I am a Hero〉: 〈I am a Hero〉 is an apocalyptic comic book, depicting the Japanese society occupied by zombies. Suzuki Hideo, the protagonist, is a 35-year old assistant to a comic book writer that sees illusions and speaks to himself and is considered a ‘loser’ that is completely opposite to a ‘hero’.

In Lineage series, zombies appear as one of the most well-known undead monsters including skeletons. Like skeletons, they are classified into multiple types depending on what they did and looked before they died. On the Land of Anguish of 〈Lineage W〉, there are zombies holding a plow. They used to be slash-and-burn farmers when they were alive and lost their life after entering the Land of Anguish for survival and started to wander around the cursed land forever. 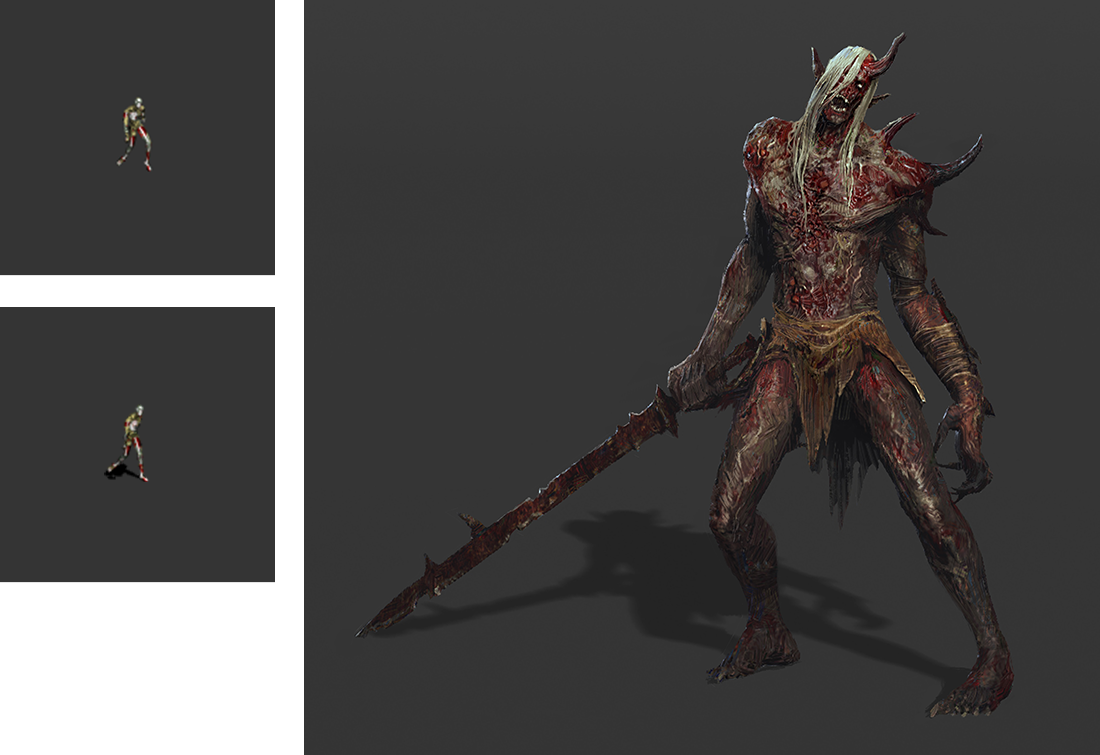