Skeleton stands for the bones or the skull that is left after a person dies and their flesh and organs are decomposed; in fantasy creations, they represent the undead monsters that stay alive and move around with a body where only bones are left. Since Pale Rider of Death among the Four Horsemen of the Apocalypse appearing in the Bible was depicted as a Skeleton, the appearance of Grim Reaper, the God of death has started to be commonly depicted as a Skeleton.

Movie 〈Jason and the Argonauts〉 (1963): The army of Skeletons surging from underground was created using stop motion in order to create a scene of their battle against real actors.

Comic book 〈Berserk〉: The Skeleton knight that first appears in the Gold Age episode and warns Guts that the ceremony would begin in a year is a Skeleton. The knight’s identity is yet to be unknown, but he gives Guts advice or assistance and is considered as an assistant rather than a monster. To Guts that survives after being offered as an offering during solar eclipse, the skeleton knight says that Guts could be a fish causing waves on the water surface, instead of a shadow on it.

Movie 〈Tim Burton’s The Nightmare Before Christmas〉 (1993): “Jack Skellington”, the protagonist, is a Skeleton. He has long arms and legs without any flesh and wears a tuxedo.

In Lineage, skeletons exist in various forms in multiple regions. They are called as Skeleton Archer, Skeleton Pikeman, and Skeleton Axeman, since they hold the arms that they used to use when they were alive. 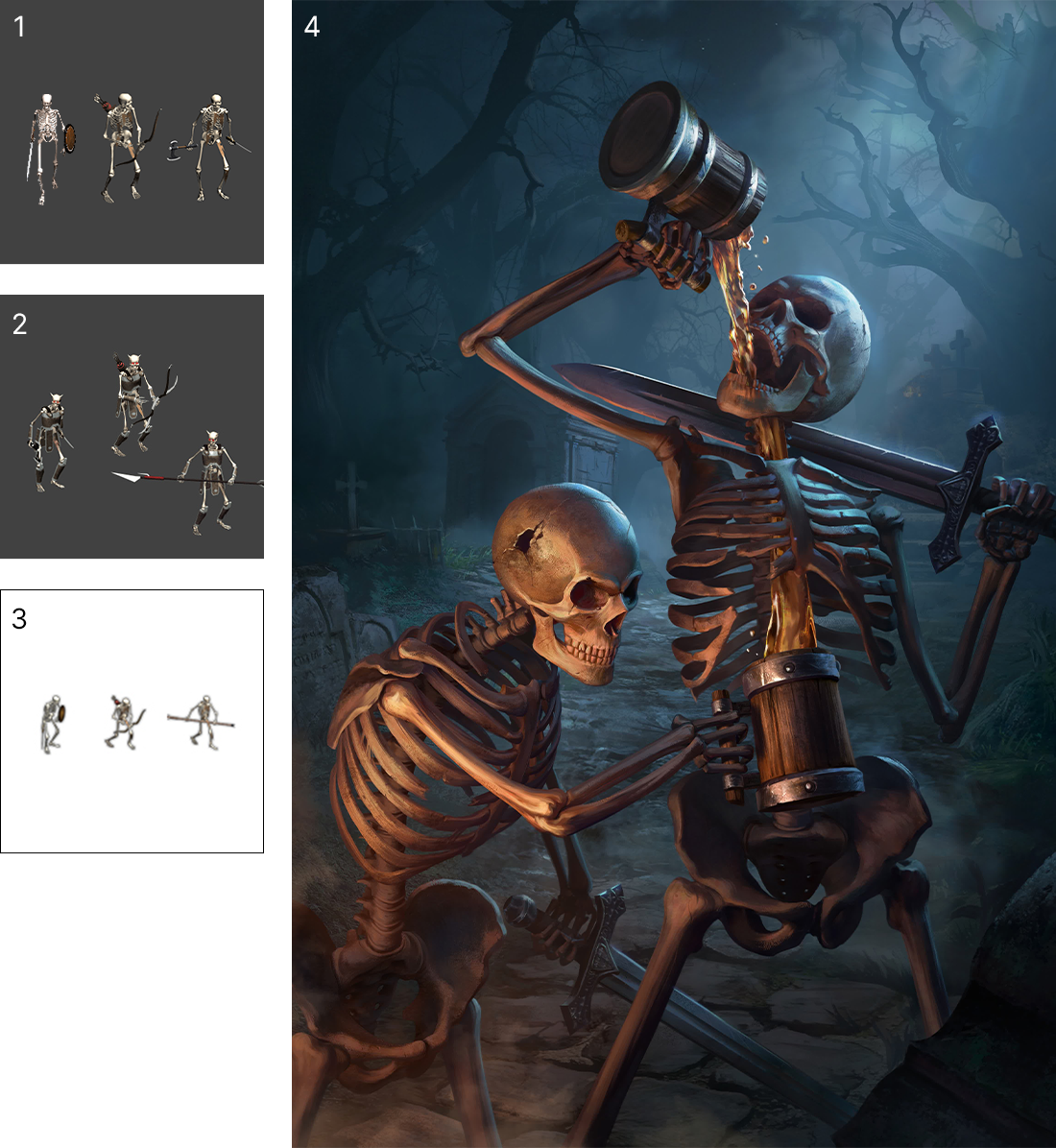