The second showcase of Lineage W, “ANSWER”, answers the questions from its users

To expand into a wider world and to the global market, Lineage W wanted to return to the basics of Lineage IP. On September 30, 2021, NCSOFT announced the opening of Lineage W on November 4 through the second showcase, “ANSWER”, and had an opportunity to address the curiosity of its users.

Lineage W is the result of constant development of Lineage IP. Lineage IP has cherished the fundamental values that it had 24 years ago when the game was first created. Lineage W would like to establish itself as a real time global service that is loved not only at home, but also abroad.

Lineage W, a game to serve Lineage IP in a new way

After development for four years, Lineage W finally meets its users. NCSOFT will launch Lineage W, which it has thoroughly prepared for the global market, on November 4, midnight. In what shape and form would Lineage W greet its users?

What are the things that are inherited from Lineage IP, and what are different? 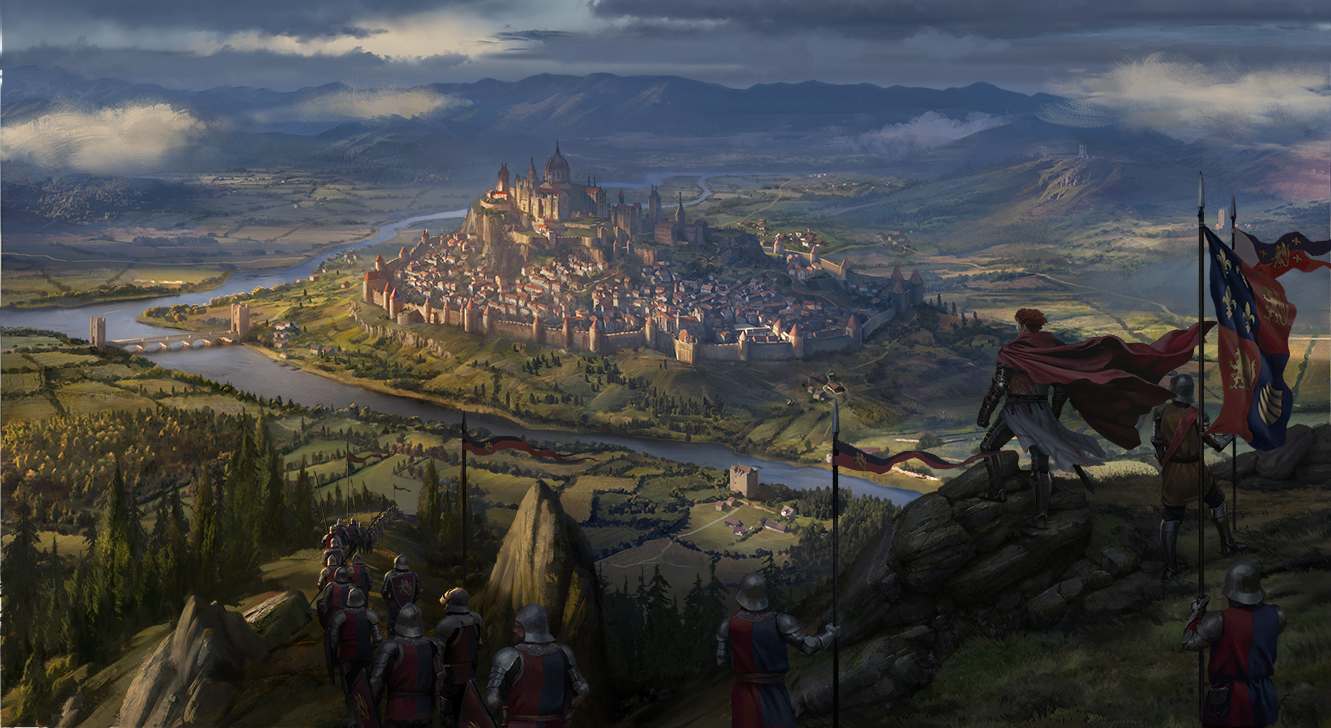 Lineage W inherited most of its content that forms its backbone from Lineage IP. That is why the game is so simple and classical. In particular, the basic axis of the game covering growth, economy, and battle is similar to Lineage IP, and the narrative design to meet the global standard was added.

A solid narrative was designed to lead the overall flow of the story in the game. Therefore, users may enjoy creative fun through watching the stories unfold and collecting them. Therefore, the level of immersion in the course of a character’s development was enhanced. Also, the entry barrier to the battle information was lowered to enhance the level of tension in the beginning, and the battles were designed to take place in an even fiercer manner.

Lineage W is a project that started to be developed together with Lineage 2M around the time when NCSOFT finished the preparation for the launch of Lineage M in 2017. This project was completely different from “TL”, another project inside the Company. NCSOFT also aimed for the launch of Lineage W in the end of 2021 even from the beginning. It was not a project that was hurriedly created due to external environment and issues. It is a project that is ready to be unveiled after four years of development.

What are the classes to become available in the beginning?

The skills of the four classes (Monarch, Knight, Elf, and Magician) are also classical. They are simply designed so that users could freely use all the skills. Also, the battle balance was designed based on the original skill system that had been most loved in Lineage IP. Even though there is no class that is especially added, in case there is a need to change the battle landscape after the launch, new classes will be added. Dark elf is the strongest candidate. 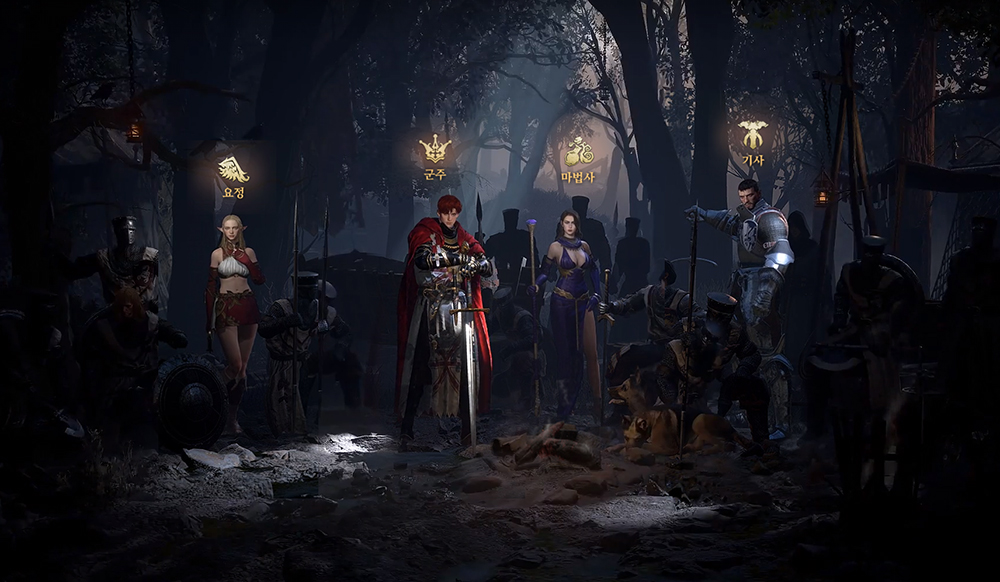 How much content will be revealed in the beginning?

Since it has been prepared for a long time, Lineage W has weaved a dense web of numerous maps, various items, and many narratives and sources of fun related to them. NCSOFT is upgrading the battles, character development, and community content. Diverse content including magic dolls that look even more adorable, dice game, tax wagon convoy missions, teleport treasure hunts and collection events are waiting for its users.

A single build for the global market to unite the globe

Wil there be a single server in case the game is a single build for the global market?

Lineage W is prepared as a single build for the global market. However, it does not mean that the servers would have different structures or there are separate servers for each country. Whichever country or region you live in or whichever world or server you choose, you may play the game under the same environment. The environment is similar to before; only the scope of users is expanded to the ones around the globe.

Until now, the number of pre-registrations has surpassed 10 million. Korean nationals account for the largest part of the registrations, while the share of global users is still significantly large. Considering the fact that the users in other countries are not used to ‘pre-registrations’, the situation is quite encouraging. We hope that the users from around the globe will join us in playing Lineage W.

If the game is launched as a single build in the global market, how would you overcome the time differences?

Even from the beginning of the development process, NCSOFT put much thought into the issue of time difference. The conclusion was simple and clear. We had to stay true to the fundamental values of Lineage IP. Therefore, NCSOFT grouped the countries based on time zones so that the countries belonging to the same group could carry out battles together on a real time basis. Korea, Taiwan, Japan, Russia, Southeast Asia, and the Middle East would belong to Group 1, while the countries in North America, Europe, and South America to Group 2. NCSOFT will first start the service for Group 1 and then expand to Group 2. The categorization is subject to change, and Group 3 may be added later.

Lineage W delivers the value of fun and exciting memories of Lineage IP.

In what form does BM exist?

Lineage W brings back the past memories of users where they had fun playing Lineage IP games. Therefore, NCSOFT did not separately plan a main BM, excluding the transformation item and magic dolls. Also, it only designed the packages to provide various discount benefits so that users would easily access the transformation item, magic dolls, and some consumable items. This is because NCSOFT has put much thought into the values to be particularly delivered to the users through Lineage W. NCSOFT aims to deliver the fun and exciting memories that its users had through playing Lineage IP games to all users. 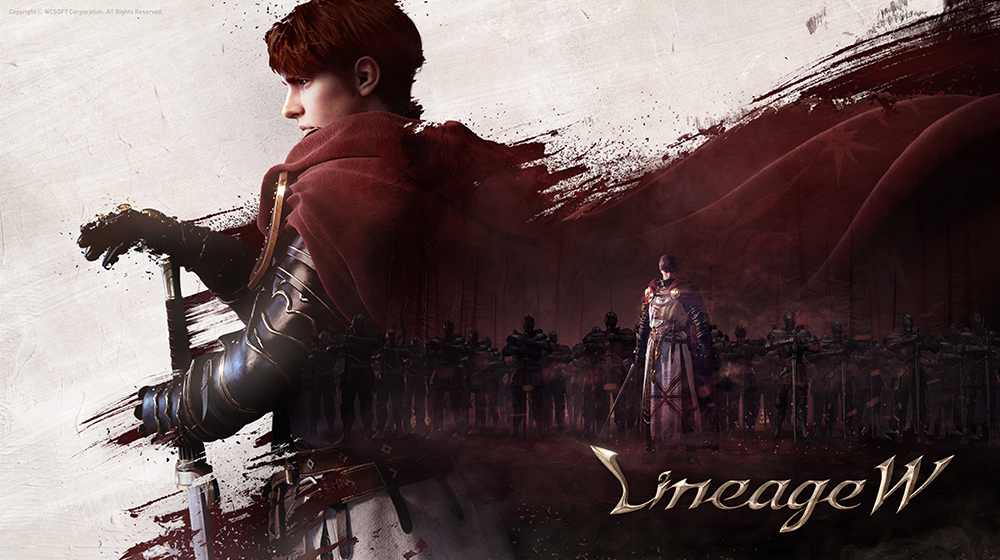 The memories of one struggling with the members of the blood pledge to get the items like Teleport Ring, Transformation Control Ring, Great General's Necklace, the joy that one had while filling the empty slots one by one, and the sense of achievement that one felt when wearing an item that he (or she) had been longing for after much struggle will be brought back while playing Lineage W. Therefore, there is no slot for BM accessories in Lineage W. NCSOFT has only left the slots for the accessories to be acquired through boss fights, including the ‘Teleport Ring’ or the ‘Transformation Control Ring’.

The transformation and the magic doll system are the essential content symbolizing Lineage IP. To preserve such legacy, the system and BM will be provided in a way that is similar to other Lineage IP games. Instead, the routes to be acquired while playing the game were expanded. The game is designed to let users farm the information about monsters while hunting and acquire various types of transformation and magic doll cards through compensating users based on illustrated monster books. Also, many devices were introduced to help users overcome the sense of loss in case they failed to acquire such cards despite numerous attempts. 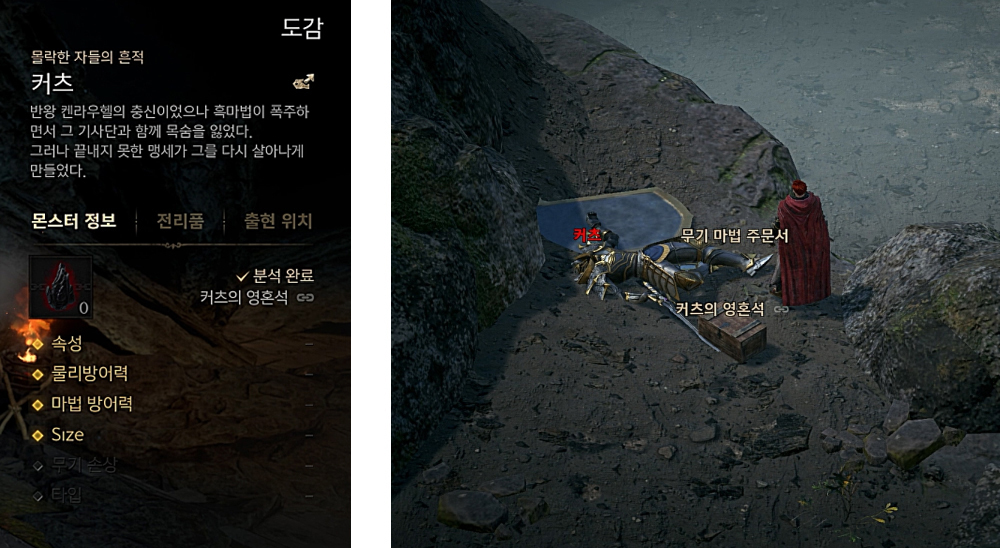 Are there any monthly subscription products like the Einhasad's Blessing and other XP-related systems?

Innovation and freedom. The optimal system for users.

NCSOFT announced that it would not operate the game in a way that would make the users inconvenient to address the risks in Lineage W service operation. NCSOFT let users trade the items that they wanted or sell to and buy from each other on a real time basis. Also, NCSOFT will make the aforementioned system and the private trading system support each other through making the items exchange system serve the mobile environment. In particular, NCSOFT has cut the private trading fees by a large margin so that users would not hesitate when exchanging expensive items like Execution Sword. However, NCSOFT plans to operate the system through supporting mainly the private trading of expensive items and letting the rest of the items be freely traded through the items exchange system.

What is the minimum required specification for mobile and PC to play Lineage W?

To optimize the system to enable a global service, NCSOFT plans to support as many PCs and mobile devices as possible. NCSOFT developed the game to enable the usage of various resolutions and display settings even on the most recent smartphones like flexible phones. Galaxy Z Flip 3 and Galaxy Z Fold 3 users may enjoy the game in a creative way taking advantage of their device’s characteristics. Lineage W is also optimized for other mobile devices like iPhone.

NCSOFT has made passionate efforts to develop Lineage W. The game reflects our will to thrive together with our users through creating the final version of Lineage that could never be replaced.

Lineage W reflects the entirety of Lineage IP. 24 years ago, the system was far limited than the one that we have now. However, we were overjoyed on every single item, delighted when our skills were enhanced, and shared joy with the members of blood pledge when winning small battles. These memories will help us capture the hearts of the users around the globe.

You may choose your character name in advance, starting from now. We hope that you build valuable and joyful memories through Lineage W together with the users around the globe.