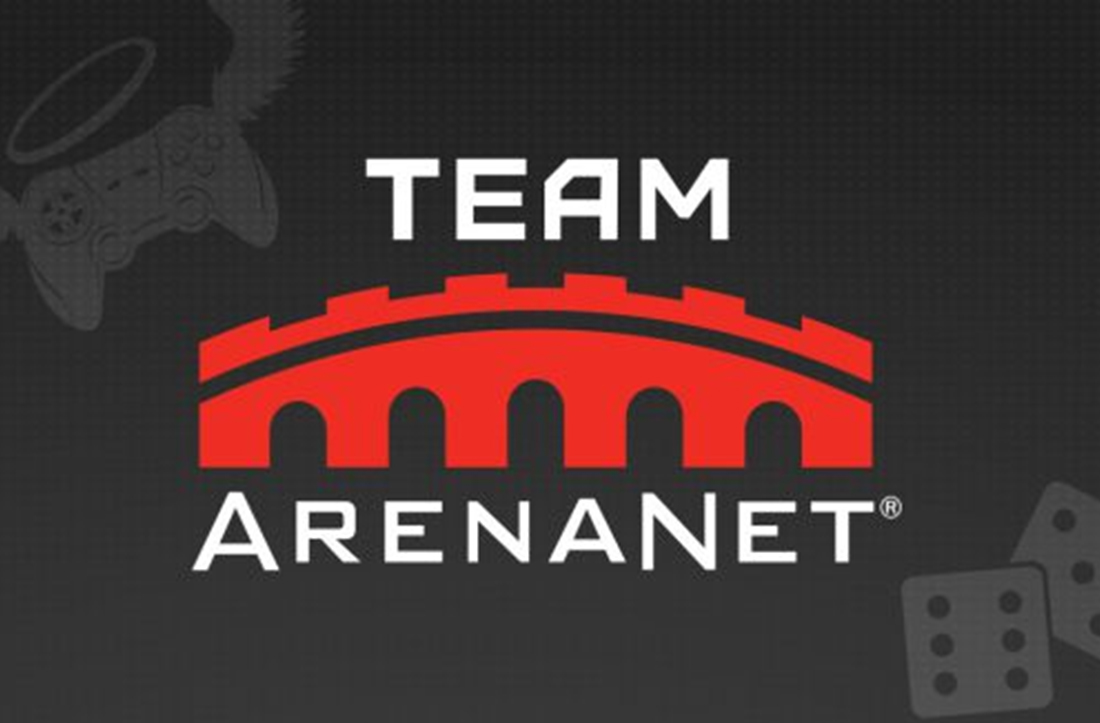 During this event, players play games of any kind, including video games, board games, and card games, and receive donations from viewers by streaming related activities. Since its establishment in 2008, Extra Life has donated more than $10 million to the Children's Miracle Network.

ArenaNet made ‘Super Team’, taking part for 5 consecutive years with over 50,000 viewers

In ‘Extra Life 2021’, a total of 3,932 teams participated in fundraising. Among the teams, ArenaNet has been participating for 5 years. Rubi Bayer, Content Marketing Strategist of ArenaNet commented that “'Extra Life' is an event that many game studios are already participating in, and its infrastructure has already been established that game studios can easily participate. ArenaNet staff felt motivated to participate continuously for five years because their own children or children in their extended families were patients treated at Children’s Miracle Network hospitals.”

ArenaNet interacted with 54,035 viewers on Twitch broadcasting platform for 24 hours. They demonstrated how to play ‘Guild Wars’ and ‘Guild Wars 2’ through live streaming and had time to introduce game developers and their work. In addition, the team released two songs and concept art for 'End of Dragons’, the third expansion pack of Guild Wars 2 which is scheduled to be released in February 2022, and distributed Guild Wars 2 themed products and handmade items and heard the players’ opinions about 'End of Dragons’.

ArenaNet was selected as a 'super team' for the third consecutive year and also gained authority as a host team. A ‘super team’ is a type of upgrade system that is only available to a few teams that showed great performance at an event. If they exercise as a host team, several individual teams can raise a banner under the name of ArenaNet and raise money.

'Extra Life' usually receives more donations from viewers when the player takes on a fun challenge. First, the event for this year kicked off with haircuts as Jen Hoffman, Victoria Smith, Mark Katzbach, Ray Lukes, Cal Cohan, and Roy Marks of the ArenaNet team shaved their hair or cut their hair by over 228 cm. The event was the most popular on ArenaNet's 24-hour streaming. 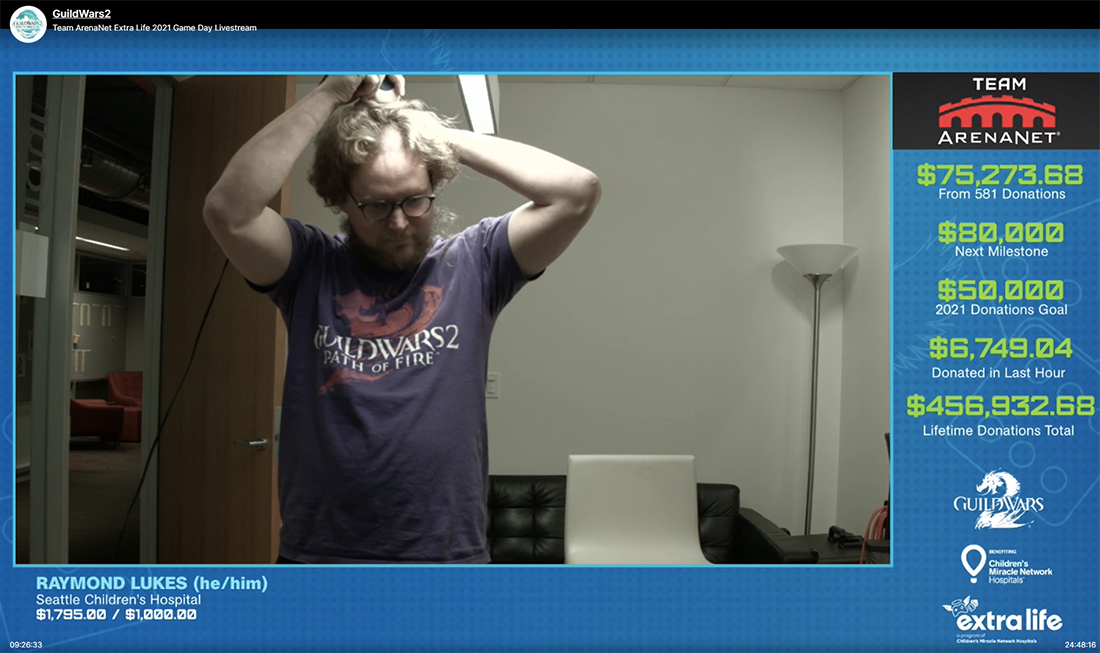 There was also an event which one could comment on the novels of Snargle Goldclaw with every donation. Snagle Goldclaw is a charr-type romance novelist, an NPC in 'Guild Wars 2.’ In the game, a player can read part of the book written by this character, and viewers can have a chance to give input on its content by voting for the book through an event broadcast. A game designer Connor Fallon hosted the show and raised over $6,000. 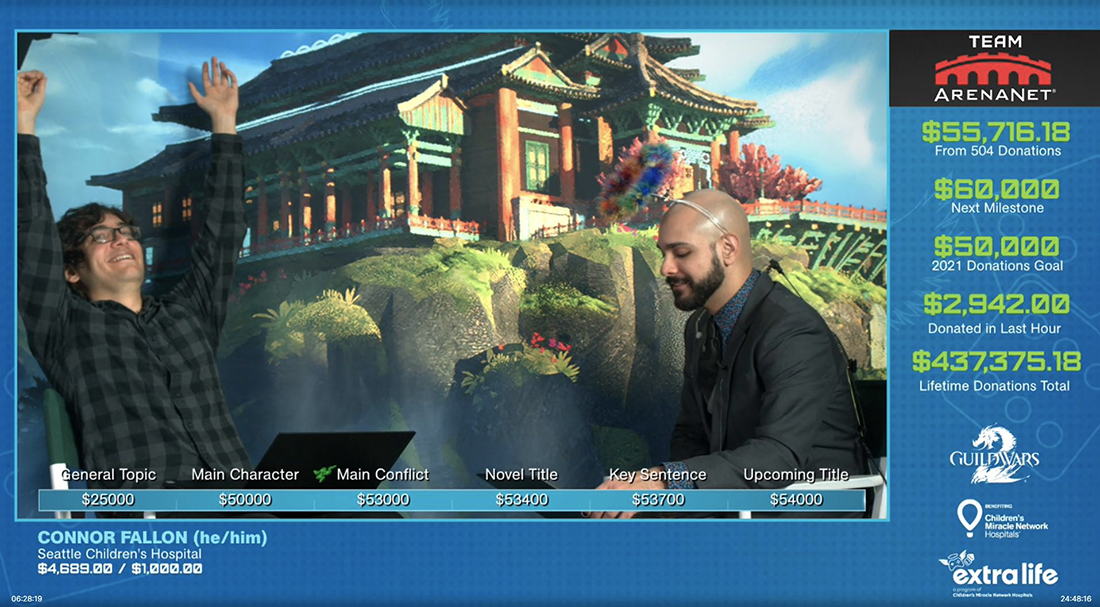 In James Whang's PvP broadcast, viewers could even remove one of the keybinds every time a donation was made. Over time, James Whang collected donations by the point when he played with the click of a mouse with no keys left. In the end, even after he changed all his keybinds settings as directed by viewers, he continued to collect donation with the viewers while playing without seeing the monitor under the instructions of people who were watching the monitor in another room. 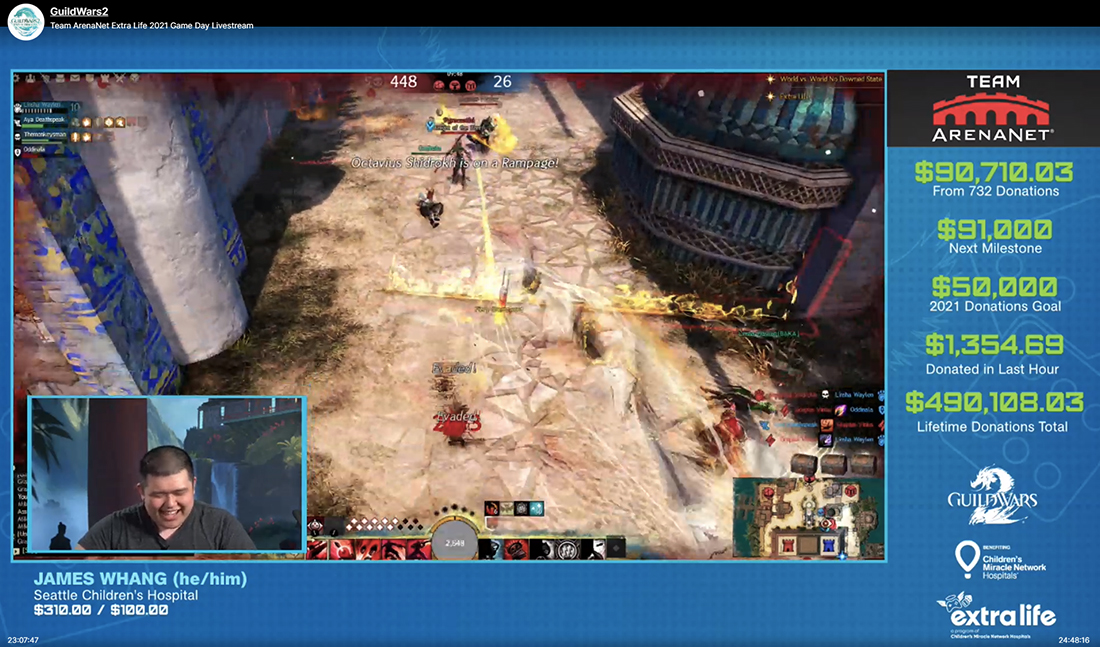 There was also an event that a ArenaNet team member applied temporary tattoos on the face, arms, hands and neck for every $50 donation. As donations kept increasing, the team member had applied all 100 of the prepared tattoos and dyed some of the hair blue.

A fun donation culture that is made through game streaming

ArenaNet achieved its first goal of 129,540. This is more than $100,000 in fundraising compared to last year, and ArenaNet is currently at 4th in fundraising leaderboard. The donations collected by ArenaNet were delivered to a campaign run by the Children's Miracle Network and to eight of the Children's Miracle Network hospitals which are having difficulty in finance.

'Extra Life' exceeded the goal amount of $500,000 for the 'Children's Miracle Network' for the first time since ArenaNet joined this event in 2017. 'Extra Life 2021' donation is a culture that one can make fun donations while playing games. ArenaNet will continuously participate in these events in the future.