As we approach the launch of 〈Guild Wars 2〉‘End of Dragons’ expansion on February 28, NCSOFT and ArenaNet is revealing more gameplay features for the upcoming expansion throughout February.  Following the previous content preview (link) introducing new legendary weapons and gameplay features, in this part we will explore the ‘New Kaineng City Map’ and ‘Jade Bots’ that is soon to come.

'End of Dragons'  will feature a new story and map set in Cantha ‘New Kaineng City’, introduced in the first game's Guild Wars Factions expansion. Cantha is a land that has been inhabited by humans since its beginnings. The northern coast of Cantha was the first place where humans were known to have settled. 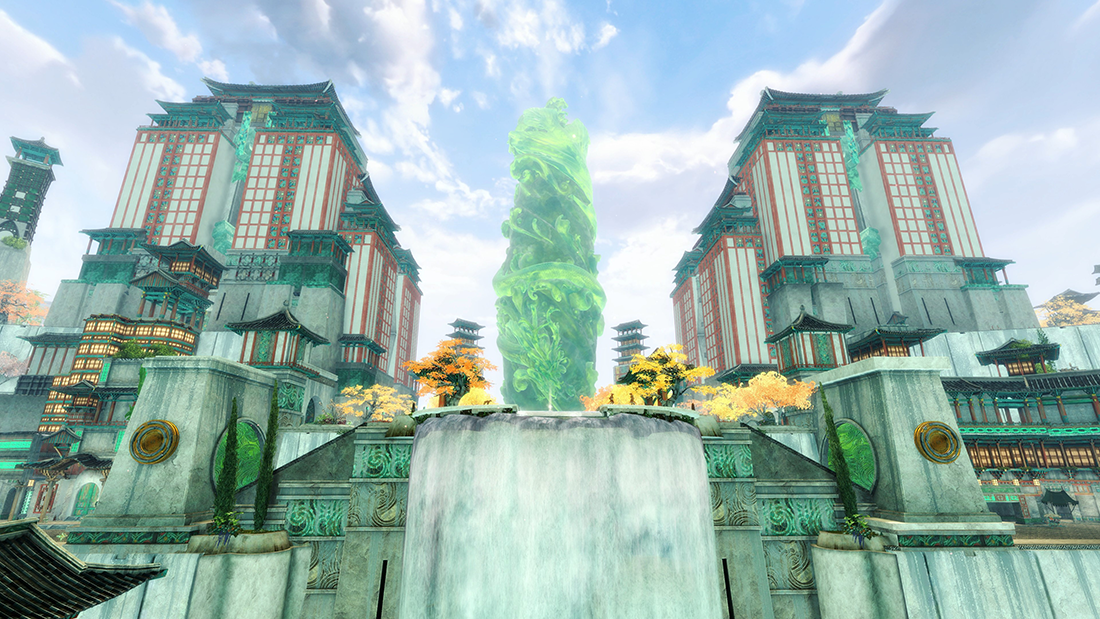 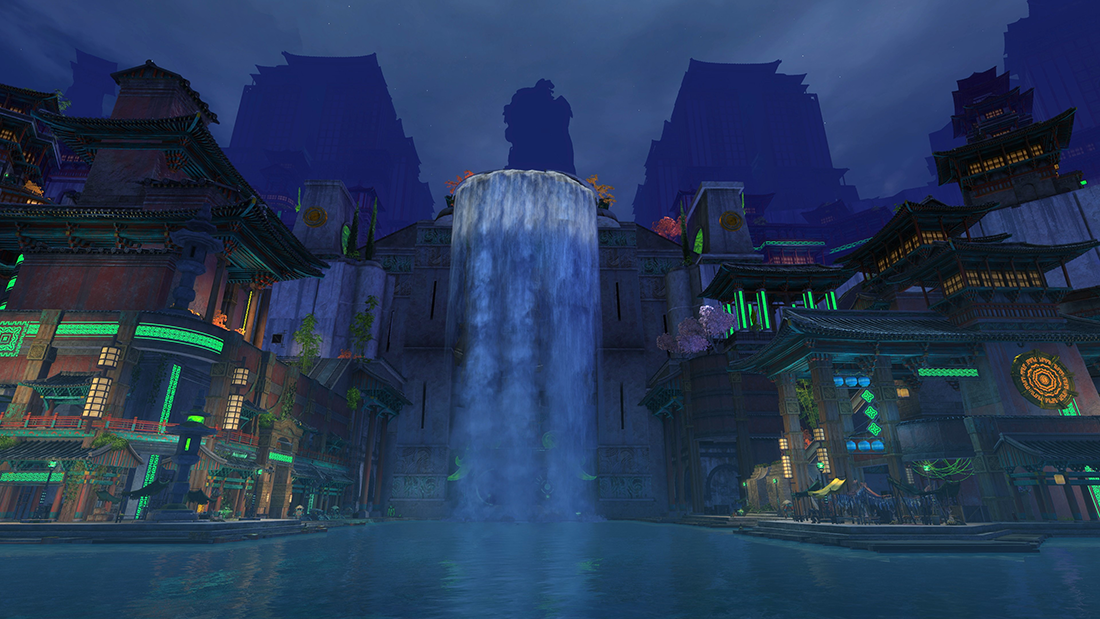 This newly explorable area is the capital of Cantha, powered by the Jade Tech of the Xunlai Jade Corporation*, a glowing fusion of the old and new Cantha. New Kaineng City was built after a calamity (the rise of Zhaitan) destroyed the old Kaineng from Guild Wars Factions. If players are curious, they can see the ruins of the old Kaineng to the north.

*Xunlai Jade Company is a Canthan organization that researches dragonjade.

New Kaineng City has a distinctive look; from an urban skyline dotted by holographic projections of sea life, to Jade Tech machines, and all the way down to the dark alleys below. Players will discover a wealth of exploration and adventure in this new region that is unlike any Guild Wars 2 map that has come before.

The ‘End of Dragons’ expansion will also introduce the final Mastery line of〈Guild Wars 2〉, the Jade Bots. Jade Bots are a new player companion that serves various utility functions in the game.

Players can customize Jade Bots’ new equipment slot with power cores. This will allow them to interact with various elements in the game world, like stealing charges from Jade Batteries, powering up tech, using zip lines for transport and more. 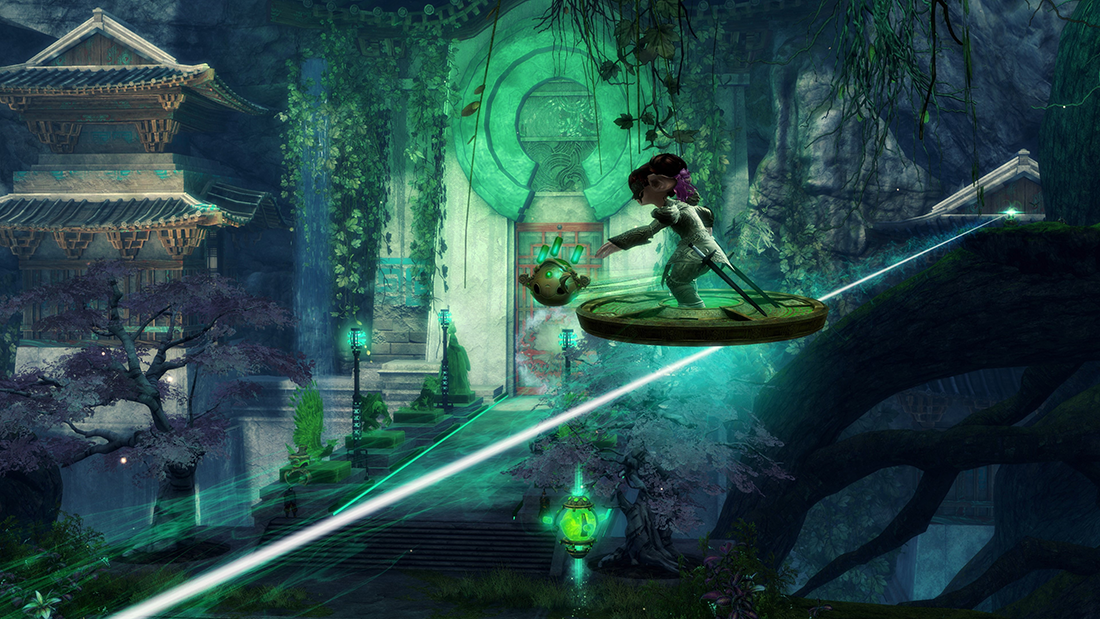 Other slots are for modules, which provide effects with nearly infinite possibilities into the future. For example, modules could increase players' skiff speed, help collect items from fallen foes, and many more included in this expansion.

The Jade Bot Mastery line contains skills that will allow players to improve their Jade Bot’s effects on themselves, such as providing a vertical boost while gliding. These helpful companions will even be able to revive the player’s partners when they get downed in combat.

More to come on the final gameplay features in February

For more news and previews on < Guild Wars 2 > ‘End of Dragons’, check out the upcoming launch livestream schedule below on Twitch (https://www.twitch.tv/guildwars2).