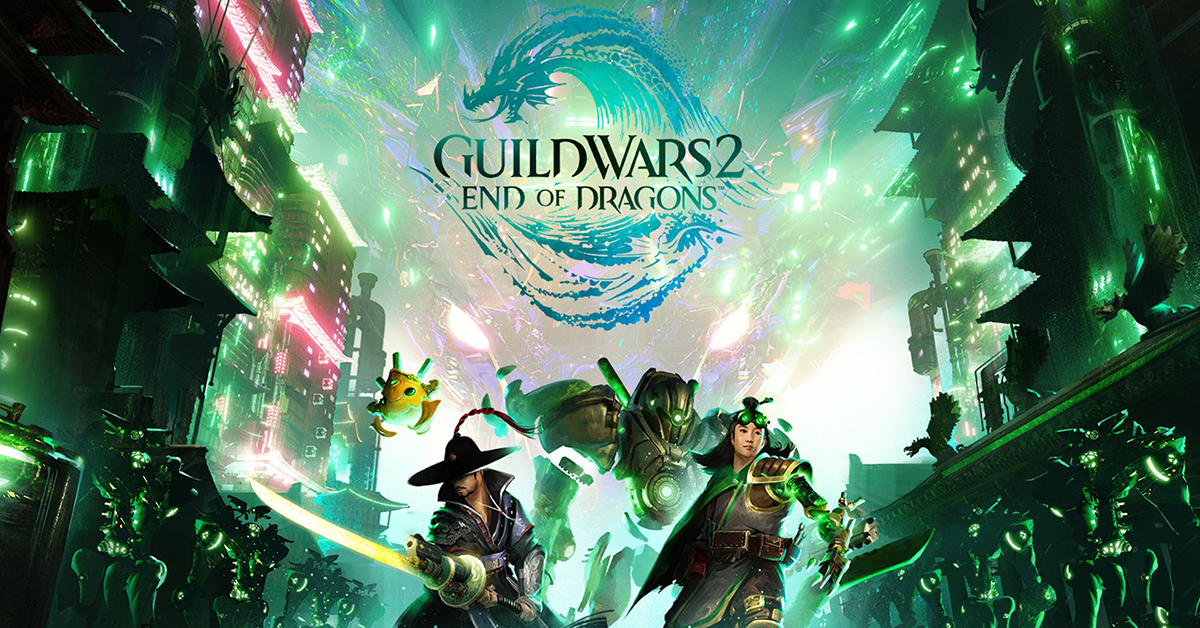 To mark the occasion, the studio released a new gameplay trailer showcasing the multitude of new features the expansion will bring to players at the end of the month and a first glimpse at the danger to be found in this lost land.

You can watch it here.

Originally released in 2012, Guild Wars 2 is lauded as one of the top MMORPGs. End of Dragons is the third expansion for the game and will take players to the mysterious continent of Cantha, a region of the world shrouded in secrecy and intrigue for more than 200 years. On their journey, players will discover the secrets behind the mysterious substance known as dragonjade and its ability to power the unique technology of Canthan civilization.

New horizontal progression options for gameplay include the addition of fishing, skiffs – multiplayer sailing vessels available for groups of five players – while the game’s first co-operative combat mount, the siege turtle, will provide new gameplay possibilities for traversal and combat with a friend. On top of nine new elite specializations that change the core gameplay of each of the game’s professions, Guild Wars 2’s defining large-scale, open world events will return throughout the game’s verdant new map areas, providing for near immense replayability.

In addition to the new gameplay possibilities, a brand new story will take players on an epic adventure across the continent and introduce new characters to the Guild Wars 2 cast who will shine a light on some of the oldest enigmas around Tyria’s elder dragons.

ArenaNet and NCSOFT will reveal more about the final new gameplay features of the expansion on their Twitch and YouTube channels via live stream. You can find the schedule here.

Guild Wars 2 is a visually stunning online game that offers players the epic grandeur of a massive role-playing environment combined with action combat, large-scale dynamic events that players tackle together, plus both team-based and World vs. World competitive battles. The game is updated frequently with Living World episodes that tell the ongoing story of the world and introduce new places to play in. Yet with all these updates, the game continues the no-subscription-fee business model that made the original Guild Wars so popular. For more details, please visit www.guildwars2.com

ArenaNet is the developer of the groundbreaking Guild Wars 2 and best-selling Guild Wars online role-playing games. The studio's mission is to create innovative online worlds, cultivate a vibrant and engaged global community of players, and to incorporate handcrafted artistry into every aspect of their games. ArenaNet formed in 2000 and it has attracted over 15 million players worldwide, with press and fans consistently calling Guild Wars 2 one of the best MMOs and RPGs of all time.