NC West, US subsidiary of NCSOFT unveiled the new gameplay features and adventures for the 〈Guild Wars 2〉‘End of Dragons’ expansion through a media preview on the 19th. This is the third expansion for 〈Guild Wars 2〉, following the ‘Heart of Thorns’ expansion in 2015 and the ‘Path of Fire expansion’ in 2017. ‘End of Dragons’ will include a new story and maps set in Cantha, introduced in the first game's Guild Wars Factions expansion. This article will introduce the new contents of the upcoming expansion including legendary weapons, locations, activities, and Strike Missions.

‘End of Dragons’ will feature a new legendary weapon of each of the 16 weapon types. They are inspired by the Elder Dragon Aurene (the player character’s stalwart companion), and mirror his crystalline appearance.

The legendary weapons involve multi-tiered crafting ingredients, a series of challenges, and quests to complete and represent the ultimate prestige gear in the game. Post-launch, each legendary weapon can be further transformed and upgraded to adopt the visual aspect of each of the game’s notorious Elder Dragons. 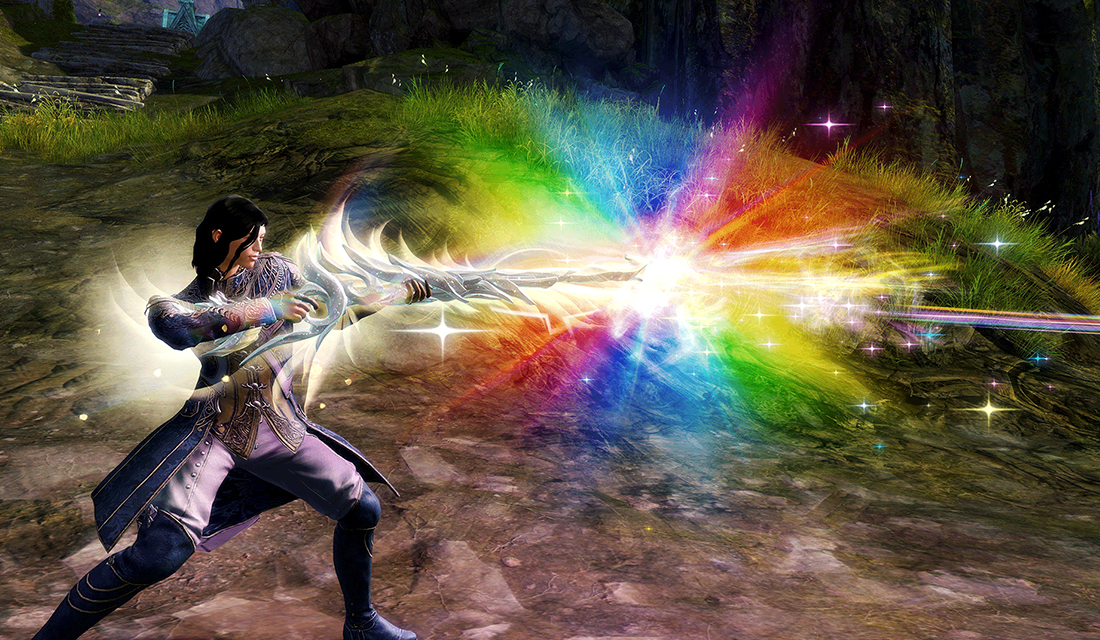 The Guild Halls are social spaces where players gather and play, battle, socialize, and progress together. To own a Guild Hall, players need to head to the Guild Initiative Headquarters in Lion’s Arch and speak to the relevant Guild Hall Explorer. Once claimed, players can access it from anywhere in the game through the guild panel. 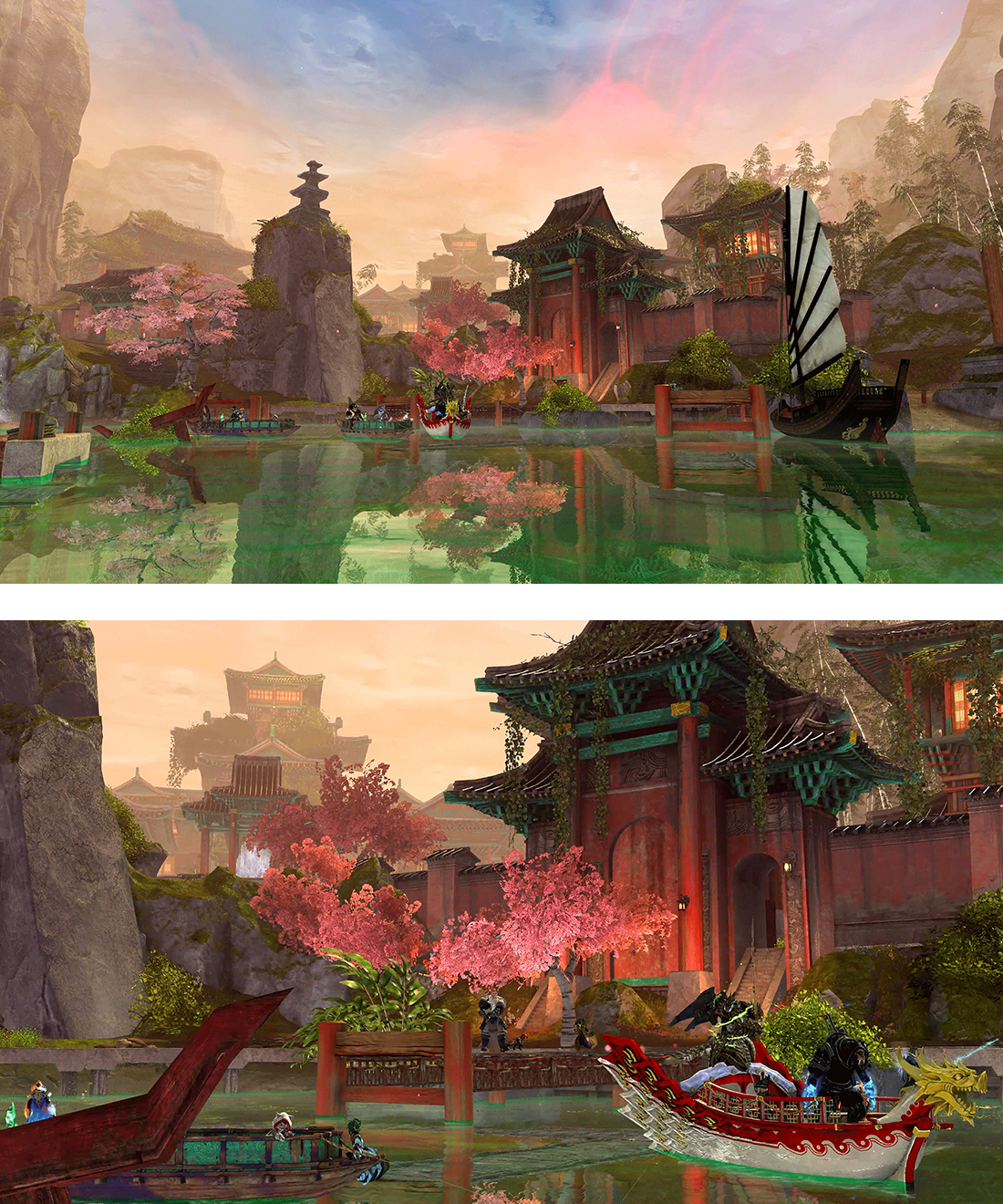 Skiffs are a new multiplayer vehicle that lets up to five players sail the waterways of Tyria and Cantha.  Pilots can sail at three different speeds that will affect the handling, while passengers can emote skills that increase a pilot’s stamina regeneration, allowing them to speed boost more often. It will take a similar amount of effort and time to acquire the skiff as it did to acquire the mounts in the Path of Fire expansion. Skiffs can also drop anchor to provide a mobile fishing platform.

Fishing is a new social activity and mastery line that brings the〈Guild Wars 2〉philosophy of horizontal progression to a new gameplay activity. Players can fish at any body of water (including the core game) and even participate in fishing tournament events for the more competitive anglers. To encourage social interaction with friends and Guilds, fishing together will boost the entire group’s fishing effectiveness. Fish can be used for crafting new cooking recipes, and the rarest fish will provide ingredients to forge the new Legendary Weapons.

The Echovald Wilds is a dark forest that was once turned to stone and petrified by the Jade Wind during the events of Guild Wars Factions is now slowly reverting to its natural state. Home to a conflict between rival gangs and factions seeking to gain power in Cantha, including the Jade Brotherhood, who is experimenting with Jade Tech. 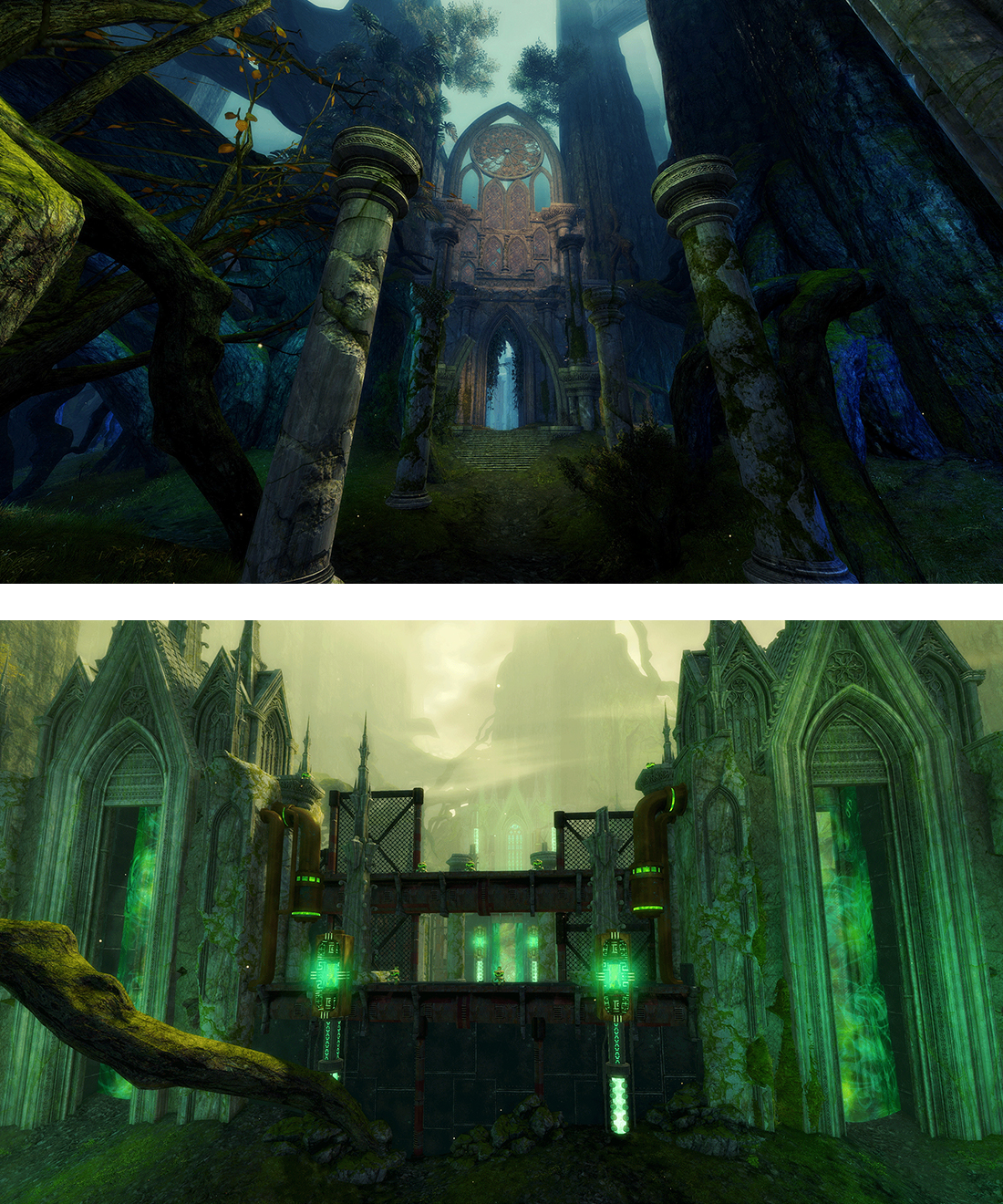 Players can also explore Fort Aspenwood with a group mission, where they can smash down the door to Jade Brotherhood’s research lab built deep inside. Uncover experiments taking place on local fauna, and discover the secrets behind the building of the super weapon known as Gods’ Vengeance.

Discover the Aetherblade Hideout and embark on this new challenging 10-player strike mission from Arborstone in Echovald. Strike missions are〈Guild Wars 2〉core boss fights from the main story that are ramped up to a 10-player instance for new rewards. After End of Dragons launches, each of the previous expansion’s Strike Missions will get a ‘challenge mode’ with higher difficulties for the most dedicated coordinated teams, with the promise of even greater loot.

The first multiplayer mount in〈Guild Wars 2〉will be introduced: The Siege Turtle. This two-person mount allows players hop into the saddle and play together as one. One player will steer and use the turtle’s jump jets to boost into the air to slam down on enemies for damage. The other player can use the turtle’s Jade Tech cannons to blast enemies from afar and deploy a protective shield when the going gets tough. 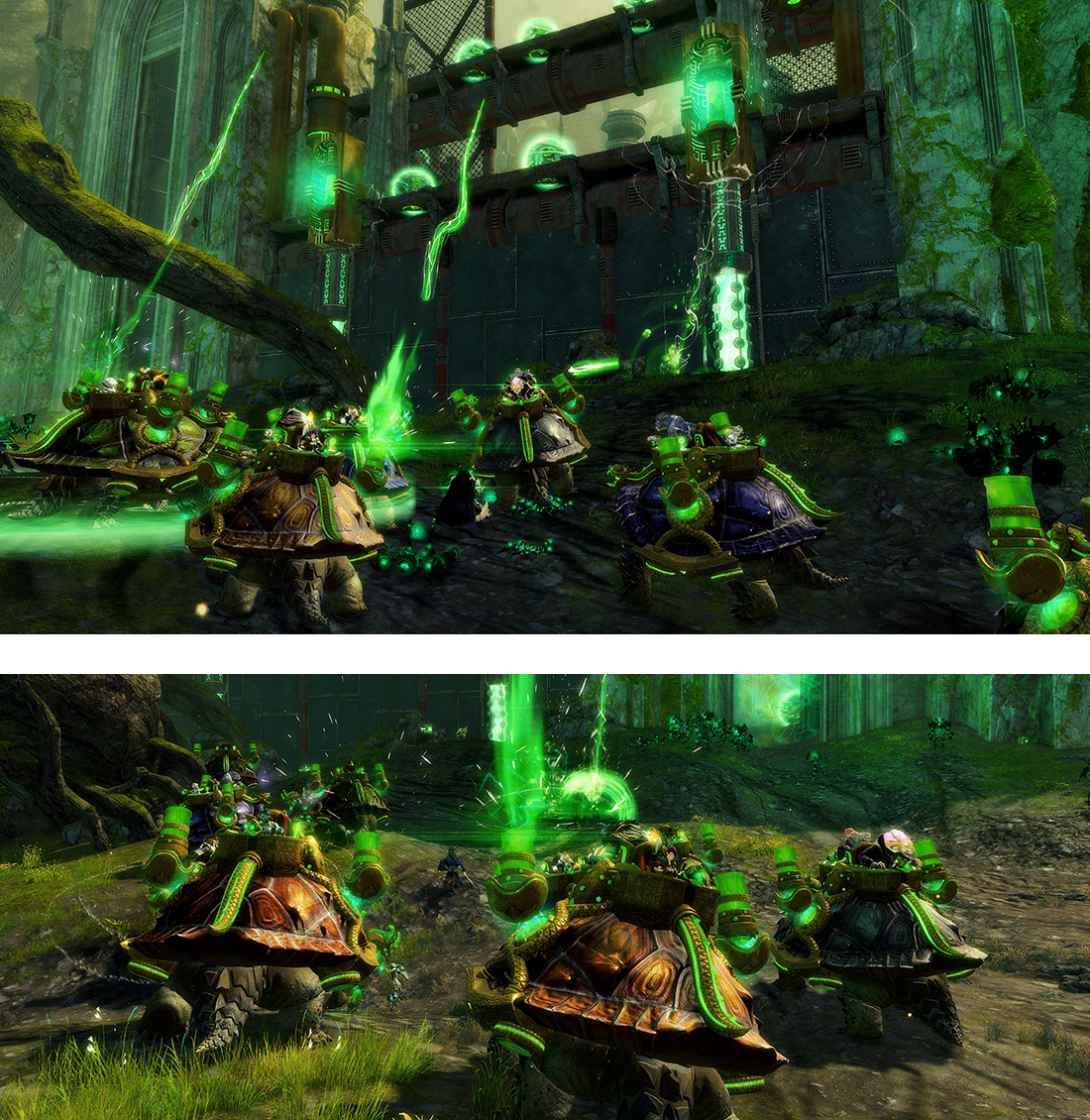 To acquire the Siege Turtle, players will need to care for a hatchling and raise it to full size through a quest in-game. The Siege Turtle gameplay will be a key part of End of Dragons’ content, such as group missions. Players will be able to take the mount all over Tyria, including the core game.