Realization of a high quality through “CACCIA”

“No change, no growth.” This obvious principle applies to game development, too. NC has released a video,

‘Work in Progress’, to introduce the games that are currently under development to prove its will to have more active communication with players even from the development phase.

NC is continuing research and development to improve the level of visuals shown through games and videos. Through “ART LAB” series, we plan to share our work produced from visual R&D projects.

The first content is “CACCIA (hunting)”, a video produced by Visual Tech Office. Visual Tech Office produces game cinematic videos, and in March, they produced a video that proved the artistic capability of NCSOFT. Here in this blog, we will release the behind the scenes video and show how teams with different expertise would collaborate to produce realistic visuals. Please enjoy the sense of strong immersion through “CACCIA” based on

Based on the principle that “living stories come from living characters”, the production team of CACCIA pays close attention to the narrative and its elements. As part of such effort, they cross-checked the character’s background based on actual scenes of Europe in the 15-16th century. The video depicts the thought process of Beatrix, the protagonist that tries to escape from the chocking reality.

To produce vivid visuals, producers paid attention even to invisible details. They considered the background, character, favorite food and music of the character and even her parents’ character and background and the place she grew up. In particular, while mulling over ways to effectively describe the keyword of ‘suppression’, they investigated a person that actually existed, “Christine de Pizan”, the first female poet in human history, and built the protagonist’s character based on the aforementioned person. The poet’s pen was depicted as a sword, and it naturally reminded the producers of “Beatrix”, the swordmaster in Quentin Tarantino’s movie “Kill Bill”, which became the name of the protagonist.

After deciding the character, the team developed a way to express the keyword, suppression, in a way that was not blunt or predictable. They applied a metaphor through depicting the act of painting the protagonist as an act to lock a person inside a small box or a canvas. 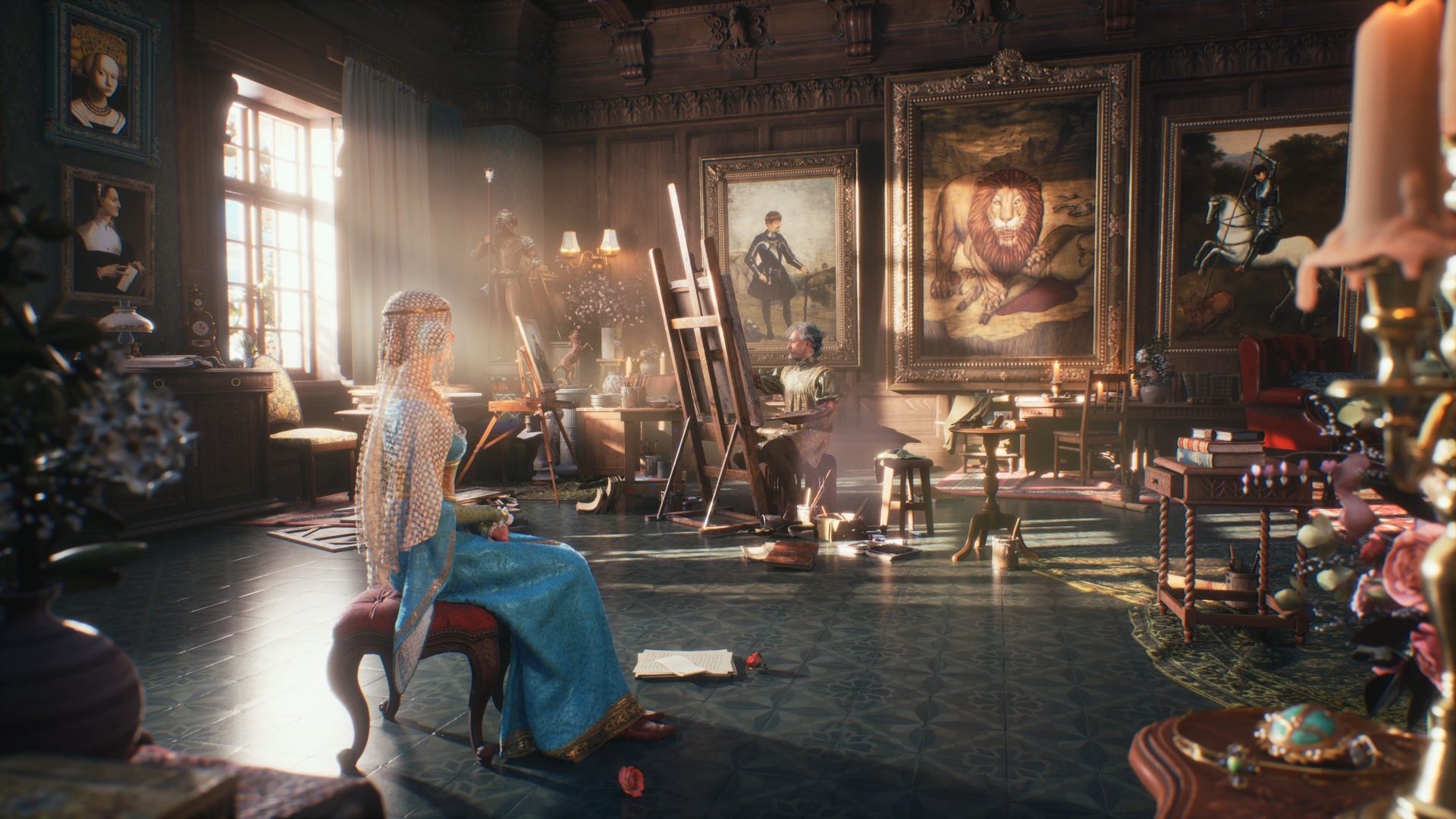 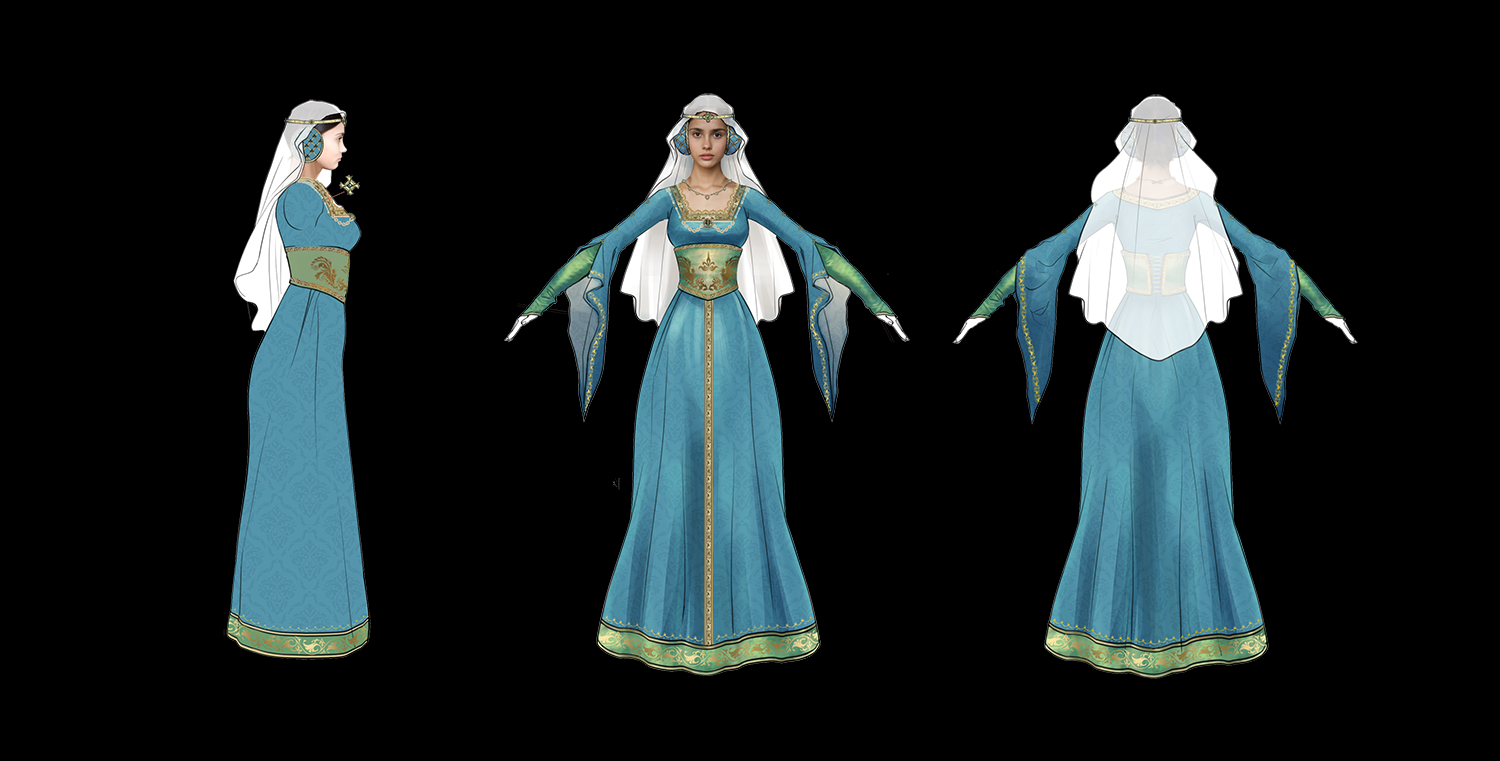 After building the narrative, the backbone of story, with much attention, the team added flesh to the bones using sophisticated technology. In particular, they paid the most attention to emotional expression of the characters. They created 35 facial expressions based on 3D scanning of an actual model and converted them into 142 morph targets. Then, the team created the wrinkle map using three ‘normal maps’ and ‘diffuse maps’ that could effectively depict the sense of volume and texture and created more natural facial expressions through using about 30 masks for expression of wrinkles.

The team also paid serious attention to expression of sticky objects, including a lion’s saliva and oil colors. Simulation was carried out using Houdini, a 3D program, and its ‘flip solver’ function that excellently expressed special effects, and stickiness of oil colors was naturally expressed so that they would flow like a real fluid. Also, ‘vellum simulation’ function to express the objects that were flexible and easily transformed was applied after drawing the gums and the lines between them in order to depict the lion’s saliva based on realistic motions.

The hair in the video, including the painter’s beard and the lion’s fur, was delicately expressed. The painter’s beard and hair was expressed using “Maya Xgen”, which was useful to create short and dense objects like hair or grass. Also, they were more realistically rendered using “unreal grooming”, a real-time hair rendering function that let hair respond to the forces like wind and gravity on a real-time basis.

Also, “Marvelous Designer”, a program specialized in clothes rendering was newly introduced for more efficient rendering of clothes. Based on the patterns of “Marvelous Designer” used in actual outfit production, the team could produce more natural and realistic medieval clothes in “CACCIA”.

Behind the Scenes, CACCIA Overcoming reality through cooperation

The video shows a skin that even shows vellus hair of the character, a texture of a real oil color being crushed, natural quadrupedal gaits of a lion, and millions of hairs that look so realistic; it looks so vivid and does not have a single element that impedes the viewer’s immersion. How could they create such realistic visuals? The stories behind the production of “CACCIA” are revealed through the interviews filmed by Visual Tech Office themselves. 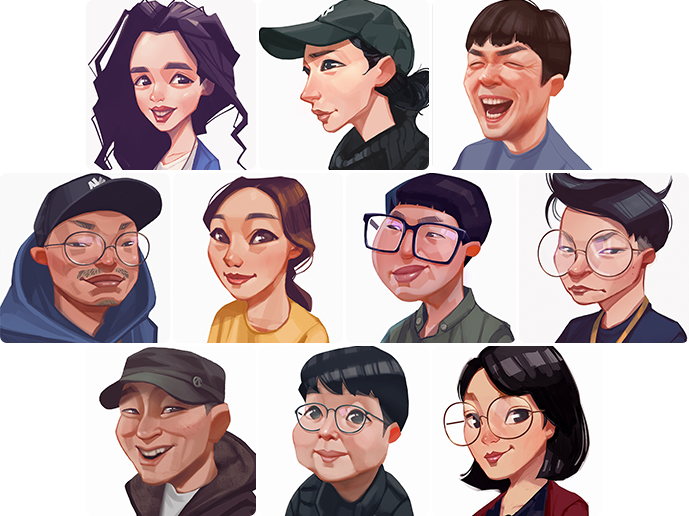 The R&D combining human emotion and technology has enabled production of “CACCIA”, a cinematic video with overwhelming visuals. Visual Tech Office will continue to focus on R&D to improve visual quality.

Through this, the team will materialize high-quality visuals through collaboration with various game development teams and will introduce NC’s authentic arts that could truly lead the game industry.